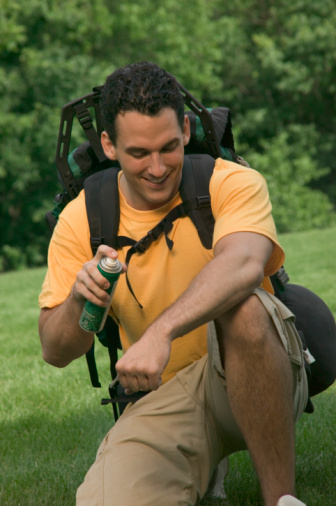 Consumers have become more and more suspicious of the foods and products they are regularly putting into and onto their bodies. One of the most popular products used during the summer months – bug spray – has recently come under public scrutiny. While we flock to insect repellants to free us of the nuisance of itchy bug bites or – even more frightening – communicable diseases, these popular skin products are ripe with many artificial chemicals that readily absorb into our bloodstreams, that have many questioning their true health impact. In response, the Environmental Working Group has recently released information pertaining to bug spray and insect repellants, to arm consumers and outdoor lovers with the information they need to make better, more health conscious choices.

During seasonal changes, mosquitoes, ticks, and other insects can be a complete nuisance. Whether you reside in a rural area and want to avoid the insects, or if you are simply spending a lot of time outdoors or are camping for the weekend, the demand for bug spray increases during these seasonal times. And, aside from the bother and general discomfort they pose, mosquitoes and other insects are also avid disease carriers; West Nile and Lyme disease are two of the most common bug related viruses that pose a threat to the general population. This often makes bug spray a necessary protective measure, to ensure the health and safety of children, adults, and the elderly.

The Effectiveness of Seasonal Bug Spray

As with the majority of products available on the market, bug spray is not always 100% effective. However, with all of the chemicals inside of seasonal bug spray, four of the components have proven to be advantageous in regards to long-term protection against mosquitoes and other seasonal bugs. These ingredients are:

These components assist with maintaining a relatively safe barrier between the human skin and insects, and contrary to popular belief, they do not pose a threat to the general health of the user when used in small amounts.  Although previous studies had concluded that excessive use of DEET can lead to various health issues such as dizziness and seizures, the Centers for Disease Control maintains the position that DEET is safe when used in moderation.

With every seasonal change there is a new method of repelling bugs that is released onto the market. Although these marketed products express how much more “advanced” they are in comparison to bug spray, they do not have the same effect as traditional insect sprays, says the CDC. Fogger insecticides have proven to be potentially hazardous to users, as they are chemicals that are inhaled with each spray. Other methods of repelling bugs that have come under scrutiny include: citronella candles, bug zappers, and bug repellent wrist bands.

Surprisingly, brand name bug repellents may not be the best methods of repelling dangerous mosquitoes and ticks. The most important thing to consider when purchasing bug repellent is the list of ingredients on the bottle. David Andrews, a scientist at the Environmental Working Group, states that having a higher concentration of repellent isn’t actually better for protecting against bug bites, but it does provide a longer time period of protection. When looking to purchase the appropriate bug spray for you and your family, ensure that the aforementioned components are included in the spray.

As the general population is becoming more concerned about their health during seasonal changes, questions about bug spray began to arise. With the recent information released from the Environmental Working Group, consumers can be more informed about what they are putting in and on their bodies. In order to ensure that you are effectively protected from all hazardous diseases that are spread by seasonal bugs, always check the label of the repellent that you purchase.