Home » Weight Management » Obesity » Finally: A Tax We Can Be Happy About 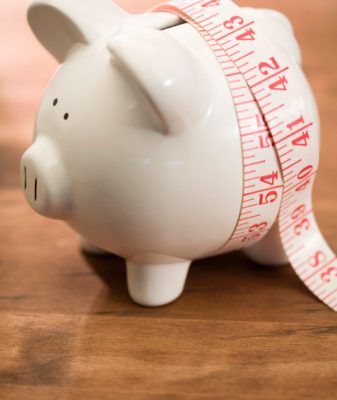 A message from Dr. Alwyn Wong:

Every week, I have clients come into my office and complain about the poor state of their health, and how they find it increasingly difficult to lose weight. I’ve noticed that many of them are addicted to junk foods that are severely harming their health. Many of these patients are from low-income families, and junk food is all that they can afford.

Please read the following message from my friends at Lean On Life to see their proposed solution. I’d love to know what you think.

Imagine that it’s 1960-something, and you’re waiting on a street corner for the bus. As you wait, a James Dean-esque man drives by with the wind blowing in his hair, a cigarette in his lips, a can of beer dangling from his hand and no seatbelt in sight. You’d probably think to yourself, “Golly, that can’t be too good for him can it?”

Now, that anecdote is probably too convenient to be true, it illustrates one simple point: what was once commonly accepted as normal and status quo is now seen as dangerous, irresponsible, and harmful to our health.

Today, obesity rates are the highest they have ever been in our history. 1.5 billion people are overweight or obese worldwide, with that number expected to rise to fifty percent of the global population by 2030. The blame has been shifted from one source to another, yet the truth is that there is no one causal factor; a multitude of changes in our society have led to this epidemic, which must be resolved immediately.


What is the Fat Tax?

One of the proposed solutions to decrease obesity rates and improve the health of our society is to implement a fat tax on unhealthy junk foods. How would this work? Junk foods that contain a certain amount of unhealthy fat or refined sugar would have an additional tax to offset their unhealthy side-effects. For example, as New York Times food columnist Mark Bittman suggests, sweetened drinks can be taxed at 2 cents per ounce. French fries would see a 50 cent tax increase per serving. Experts will determine the appropriate amount for each food based on fat and sugar content that do not add any nutritional value.

By increasing the price of everyday unhealthy foods, consumers will be discouraged from purchasing these products and opt for healthier food alternatives instead. The proposed solution would be to take the fat tax revenue and put it towards subsidizing the cost of healthier food options (such as fresh fruits and vegetables). Similarly, revenue from the fat tax can be put in place to improve health care for obesity treatments. By discouraging consumers to buy junk food and incentivizing the purchase of healthier food options, we can evoke a real, positive change in the way we eat.

The fat tax is not a novel idea. Countries such as Denmark, Romania, and Hungary and even South Africa have implemented similar fat taxes in the past; doctors and politicians in the UK and US are strongly urging the government to increase an already existing fat tax on sugary drinks; and in Canada, the government has made a distinction between healthy and unhealthy foods, the latter of which is being charged a federal sales tax.

Fat Tax as a Preventative Measure to Save Lives

Some have made the argument that “government has no place in the pantries of the nation.” While there is no doubt that citizens should be free to decide how to live their lives, preventative measures put in place for our collective safety are generally accepted by society. They may seem like a nuisance at first, but people adapt quickly.

Before wearing seat belts became mandatory legislation, there were many who opposed the law and stated that government has no place in the cars of our nation. But today, wearing a seatbelt is seen as a preventative measure to save a life in the event of a car accident. The government cannot pass a law that bans car accidents, just as it cannot pass a law that bans lung cancer or obesity. However, it can encourage its people to make healthier, safer choices that positively impact society.

Let’s put this into perspective. If I choose to live an unhealthy lifestyle by smoking and drinking excessively, eating unhealthy foods and avoiding exercise at all costs, that’s my choice. But should I expect the rest of society to cover my inevitable medical bills because of my irresponsible behavior? A fat tax would help lower medical costs associated with obesity, which are projected to reach $344 billion by 2018.

If people choose to live unhealthy lifestyles that put them at greater health risks, those lifestyle choices should come with a premium. A fat tax won’t impose on your freedoms; you can still eat three Big Macs if you choose to. That choice will subsidize health care costs and make healthier foods more affordable for those who need them (read: everyone).

What’s Holding Us Back From a Fat Tax?

Did you know that the government currently funds unhealthy foods through subsidies to farmers who produce corn and soybeans (which in turn produce high-fructose corn syrup and vegetable oil)? The government generally subsidizes commodity crops (such as corn, grains, and soybeans) as opposed to sustenance farming. These subsidies keep the cost of junk food lower than the cost of real, fresh foods. For example, a fresh salad at your local fast food restaurant costs almost twice as much as a fat-laden burger and fries. We must ask why it is that the government is subsidizing the very foods that are harming our health.

The answer lies in the Big Food industry. This powerful lobby controls how funds and policies are allocated in the food industry, so that these companies keep a monopoly over grocery stores. Just as Big Food controls the government, it also controls our cravings. A recent article published by Michael Moss documents how Big Food has orchestrated our addiction to junk foods. He explains that food scientists have come up with the perfect combination of fat, sugar and salt in junk food to create a so-called “bliss point”; one that has us hooked on the unhealthy. Implementing a fat tax will help steer the ship in the right way by making healthier foods more affordable, and level the playing field for food companies.

Who Wins With a Fat Tax?

There is no simple solution to ending obesity; clearly, a multi-pronged approach will yield the best results. Imposing a fat tax to subsidize healthier foods, limiting junk food advertising to kids, and improving the food education standards in schools are all measures that can collectively help reduce obesity rates worldwide.

Yes, some people may think that a fat tax will never work; that the government is butting into places it doesn’t need to be; that we should be free to do what we want, when we want. But consider this: so did our friend who was pounding back a tallboy with a cigarette in his hand, seatbelt off, and not a care in the world.

Ultimately, the fat tax will benefit everyone. It will encourage people to make healthier food choices, and make healthy options more affordable for those who don’t have access. And those who choose to keep eating chips and donuts can; they’ll just have to pay a little more. Stepping in and changing our unhealthy habits might seem like an inconvenience or an imposition in the short term. But the alternative—doing nothing—will come at a deadly cost.