Home » Uncategorized » Fill Yourself Another Cup… 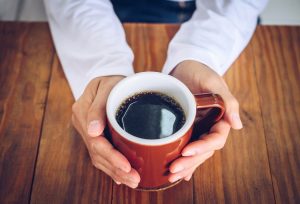 Have another cup of coffee or two this morning, your liver just might thank you for it.

Yet another study is showing that drinking coffee every day can have benefits for your lover. And that’s an important finding considering that liver disease rates are risking steadily, contributing to an estimated 2 million deaths per year.

This latest study, conducted by British researchers that received no funding from the coffee industry, had a rather unique result: that drinking coffee of any kind could reduce the risk for liver diseases.

They found that whether a person drank caffeinated or decaf, ground or instant, there was a notable ability to potentially fight off liver disease.

But there was one catch: the benefits were noted for those drinking 3 or 4 cups per day.

The study used data from the U.K. Biobank on nearly 500,000 people who were known to drink coffee. They were followed for about 11 years, on average. Seventy-eight percent of participants drank ground or instant, while 22 percent did not drink any.

Coffee drinkers had a 21 percent lower risk of developing of chronic of fatty liver disease. They also saw the risk of dying from chronic liver disease plummet by 49 percent.

The biggest benefits were noted in ground coffee drinkers, which may have something to do with kahweol and cafestrol, two chemical compounds in coffee beans.

Although this study does not prove cause and effect or that coffee in fact prevents liver disease, it does add to a body of evidence showing an beneficial association between coffee consumption and liver health.

To get the most out of your coffee, drink it black or with a little bit of milk. Adding all kinds of sugars or syrups to it will likely negate and benefits to the liver. High sugar consumption is one of the main contributors to liver disease, so keep that in mind.

Now pour another cup…if it’s still early in the day!.