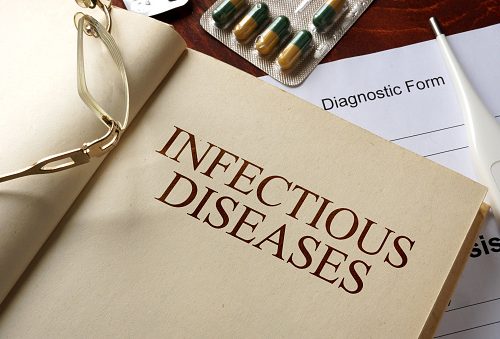 Infectious diseases can be deadly and at times difficult to contain, but new research suggests that cholesterol-lowering drugs could actually provide some protection against a long list of infectious conditions.

Influenza, hepatitis, measles, mumps, tuberculosis, HIV-AIDS, chlamydia, and malaria are among the hundreds of infectious diseases that exist. Over the years, different approaches have been used to treat the various diseases. Sometimes experts stumble on new methods of treating or warding off infections. In this particular case, Duke scientists discovered that a gene variant that affects cholesterol levels could increase the risk of typhoid fever. Caused by Salmonella Typhi bacteria, typhoid fever is rare in industrialized countries but is a big health threat in developing countries. It is usually spread through contaminated food and water and is highly contagious.

The scientists determined that a common cholesterol-lowering drug called “exetimibe” or “Zetia” could protect zebra fish against Salmonella Typhi, which causes the infection. The molecular genetics and microbiology experts explain in the Proceedings of the National Academy of Sciences how they made the discovery and the ways we might be able to protect those who are most vulnerable to infections like Salmonella bacteria. They suggest that the cholesterol-lowering drug approach should be tested in different models before human testing.

Determining who will get infected

The Duke scientists believe their findings help provide a better picture as they try to understand why some people are more prone to disease than others and what can be done in terms of prevention. At the turn of the century, an Irish immigrant named Mary Mallon became known as “Typhoid Mary” after she spread the infectious disease to more than 50 people in the New York City area. As it turns out, Mary Mallon was immune to the bacteria and many people who came into contact with her did not get the disease. The question is, what made them different?


Dennis Ko, senior author of the Duke study and assistant professor of Molecular Genetics and Microbiology at Duke University School of Medicine and his team used hundreds of cell lines from healthy humans and exposed them to Salmonella Typhi marked with green fluorescent marker. They looked for genetic differences indicating cells that had higher rates of bacterial invasion. The researchers figured out that a single nucleotide of DNA called VAC14 was linked with the level of bacteria invading cells. Upon knocking out the gene, the cells were invaded more readily. They also discovered that the more susceptible cells had higher levels of cholesterol, which is a part of cell membranes that allow Salmonella to bind to invade cells.

Through consultation with typhoid researchers in Vietnam, the Duke team verified that the VAC14 gene variant was associated with a moderately elevated risk of typhoid fever. They then went about determining a way to correct the susceptibility. Since a member of the research team has experience working with zebra fish, they decided to inject the fish with Salmonella Typhi and added cholesterol-lowering drugs to their water. The fish seemed to clear the bacteria out of their system and they survived.

While statins may protect against typhoid, the researchers are suggesting a whole host of infectious diseases, including chlamydia and malaria, may be treatable with this approach as well. They have already begun screening other pathogens and are planning experiments on mice, with the hopes of moving on to studies with humans who are already taking cholesterol-lowering drugs.

Cholesterol levels and heart disease risk may be lowered by eating oats: Study
Interesting new way to lower your cholesterol