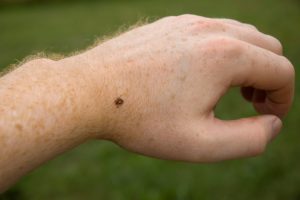 Fibromyalgia and Lyme disease are two illnesses that can cause fatigue and pain, but there are vast differences when it comes to their causes, symptoms, and treatment. Although it may be easy to confuse the two, they are very much different, and these differences can help aid in appropriate treatments.

Lyme disease is known as the “Great Imitator,” because it presents itself as many other illnesses. Furthermore, Lyme disease can affect any part of the body, so a doctor may be confused by the symptoms and try to rule out other conditions first.

Patients with Lyme disease are often misdiagnosed with chronic fatigue syndrome, fibromyalgia, multiple sclerosis, and even mental illnesses like depression. Misdiagnosis of Lyme disease, and fibromyalgia, can be harmful as it can lead to unnecessary medications resulting in side effects and delaying the appropriate mode of treatment. This is why it’s so important to understand the differences between diseases that have common symptoms so that to find the appropriate treatment for each disease and start it early.

Fibromyalgia affects roughly two percent of the American population, an estimated five million people. Generally, women have higher rates of fibromyalgia than men and the condition is commonly diagnosed during middle age.

There are roughly 30,000 Lyme disease cases reported annually, but it’s not an accurate reflection of how many cases actually occur, as these are only incidences reported to the Centers for Disease Control and Prevention. 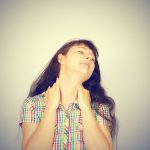 Symptoms of fibromyalgia include widespread pain and tender points, fatigue, cognitive difficulties, depression, headache, and pain and cramping in the lower abdomen.

Early signs of Lyme disease include fever, chills, headache, muscle and joint pain, swollen lymph nodes, and erythema migrans rash, which looks like a bull’s eye. As the disease progresses, symptoms can worsen into severe headache and neck stiffness, with additional rashes, arthritis accompanied by severe joint pain and swelling, muscle loss in the face, intermittent pain in the tendons, muscle joints, and bones, heart palpitations or irregular heartbeat, dizziness or shortness of breath, nerve pain, shooting pain, numbness or tingling, and problems with short-term memory.

As you can see, there are some overlapping symptoms of pain, headache, and cognitive difficulties, but Lyme disease is generally distinguished by the presence of erythema migrans rash, while no rash is apparent in fibromyalgia.

Lyme disease is caused by a bite from the Ixodes scapularis, or deer tick. These ticks are not inherently infected with Lyme disease, but rather they get it from feeding on an affected animal. These ticks can be found in wooded lands and prefer damp areas underneath trees. Because ticks are so tiny it is difficult to notice that they are on you let alone biting you, so it’s important that if you are going out for a hike you cover your body and check yourself every so often.

There is some debate about how long it takes a tick to infect a person. Some experts suggest it’s up to 24 hours from attachment, and others believe it’s even less than that. Essentially, the longer a tick is attached to you the higher your risk of Lyme disease is.

Risk factors for fibromyalgia include sex – women are at a higher risk of fibromyalgia than men, a family history of fibromyalgia – a genetic component to the disease has been found, and a rheumatic disease diagnosis.
Risk factors for Lyme disease include spending long hours in grassy, woody areas (especially in the East, Midwest, and West coast), having exposed skin as ticks can easily attach themselves to bare skin, and failure to remove ticks properly once detected. Furthermore, the quicker you remove a tick from your skin, the lower your risk of contracting Lyme disease will be. 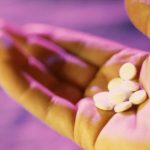 Treating fibromyalgia can be difficult as its exact cause is unknown. Therefore, the goal of fibromyalgia treatment is symptom management. Some medications a doctor may prescribe to address fibromyalgia are analgesics, or painkillers. However, there is a risk of becoming dependent on these drugs, so doctors may recommend this option with caution. Nonsteroidal anti-inflammatory drugs (NSAIDs) can also be taken for pain management, but once again long-term use of these drugs can yield unwanted side effects. In some cases, antidepressants may be prescribed as well.

For Lyme disease treatment, your doctor will put you on a regime of antibiotics, which may be taken for several weeks. It’s important that you completely finish your antibiotics, even if you start feeling better. Take note that some antibiotics may make your skin more sensitive to the sun, so you should avoid being out in the sunlight for prolonged periods of time.

Unfortunately, there is no surefire way of preventing fibromyalgia, but there are things you can do to feel better. Some useful tips to improve your symptoms and condition include getting enough sleep, exercising, making changes at work by cutting down work hours, switching to a less demanding job, adjusting your desk and chair to be more comfortable, and eating well.

Tips to prevent Lyme disease include:

If you find a latched-on tick, you can easily remove it by gripping it with tweezers and pulling away from your skin without twisting or crushing. Wash your skin immediately after and apply an antiseptic cream.

Lyme disease-causing ticks are spreading their range within the U.S., a new report states. These ticks can now be found in nearly half of all American counties, which is a much larger range than previously found in the 1990s. Study author Dr. Rebecca Eisen said the findings revealed “that the distribution of Lyme disease vectors has changed substantially over the last nearly two decades and highlights areas where risk for human exposure to ticks has changed during that time.” Continue reading…

A condition known as “water on the knee” – spontaneous knee effusion – could be a primary sign of early Lyme disease. Early detection and diagnosis is crucial for Lyme disease as it can prevent complications and speed up recovery. Continue reading…