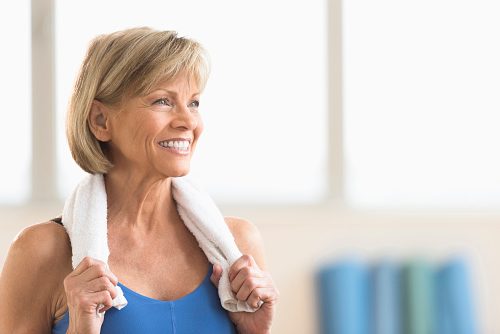 Tony Kaleth, lead author, said, “Our findings are promising, but it is not entirely clear whether these improvements were the result of added vibration or just the effects of being more active.”

Regular exercise has been found to be one of the best modes of treatment for fibromyalgia patients, but many patients simply don’t partake in exercise due to excessive pain. Furthermore, many patients fear that exercise will actually worsen pain, but this is not the case. Kaleth added, “Over time, this can lead to additional weight gain, as well as accompanying chronic health conditions associated with obesity, such as high blood pressure and type 2 diabetes.”

Whole-body vibration exercise involves standing, sitting, or lying on a machine with a vibrating platform, which causes muscles to contract and relax. Kaleth explained, “Vibration training is increasingly being studied in clinical populations as a potential therapeutic mode of exercise training. Although the results are largely equivocal and in need of further study, studies have reported improvements in strength, muscle spasticity and pain in select populations.”

Fibromyalgia is largely diagnosed in women and currently does not have a cure.

An alternative study from researchers at Wake Forest Baptist Medical Center found that instead of worsening the pain – a common concern among patients – exercising with fibromyalgia can actually reduce it over time. The researchers found that light, moderate physical exercise over an extended period of time can help improve overall symptoms like trouble sleeping and fatigue.

Senior author Dennis Ang said, “For many people with fibromyalgia, they will exercise for a week or two and then start hurting and think that exercise is aggravating their pain, so they stop exercising. We hope that our findings will help reduce patients’ fear and reassure them that sustained exercise will improve their overall health and reduce their symptoms without worsening their pain.”

The researchers recruited 170 volunteers to participate in the study over the course of 36 weeks. Participants received individualized exercise programs and completed baseline and follow-up physical examinations.

Participants who partook in moderate, regular exercise for 12 weeks showed greatest improvement in clinical symptoms, compared to those who were unable to achieve higher physical activity consistently.

Nearly 10 percent of Americans suffer from fibromyalgia, which can cause symptoms of pain, fatigue, sleeplessness, and memory issues. Finding the time to partake in regular exercise is good practice for fibromyalgia patients, as much research supports the claim that it can improve your condition.

Acupuncture treatment may ease fibromyalgia pain, according to new findings. Fibromyalgia patients were given acupuncture treatments over the course of 10 weeks, and by completion, patients’ pain score dropped 41 percent on average. Results were compared to a group of patients who only received simulated acupuncture – their pain scores only reduced 27 percent. Benefits of treatment were still experienced over the course of a year. Continue reading…