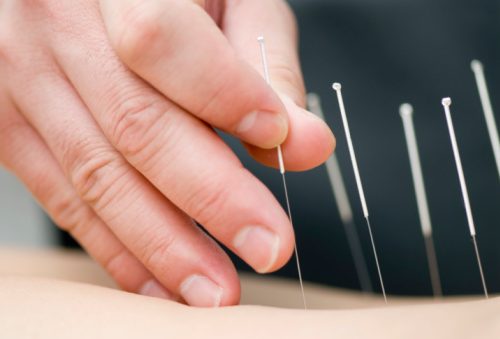 Acupuncture treatment may ease fibromyalgia pain, according to new findings. Fibromyalgia patients were given acupuncture treatments over the course of 10 weeks, and by completion patients’ pain score dropped 41 percent on average. Results were compared to a group of patients who only received simulated acupuncture – their pain scores only reduced 27 percent. Benefits of treatment were still experienced over the course of a year.

Lead researcher Dr. Jorge Vas said, “Individualized acupuncture is a safe and good therapeutic option for the treatment of patients with fibromyalgia.”

Fibromyalgia is a condition characterized by chronic pain, which can negatively impact a person’s quality of life. The authors suggest that nine out of 10 patients seek out alternative therapies as a means to treat their fibromyalgia.

Acupuncture is an ancient Chinese technique in which thin needles are inserted in the skin at specific points in order to treat pain.

For the study, 153 patients were randomly assigned to either tailored acupuncture or simulated acupuncture. Patients received nine weekly treatment sessions for 20 minutes each.

Dr. Vas said, “Although it was allowed for the participants to continue with the pharmacological [drug] treatment they were taking beforehand, when the study was finished, the patients who received individualized acupuncture were taking less medication than the group on sham acupuncture.”
At 10 weeks, six months, and one year after treatment, patients were asked about their quality of life, perceived level of pain, and depression.

After one year, acupuncture patients still had a reduction in pain points by 20 percent, compared to only six percent in the simulated group. There were also greater score differences between each groups according to the Fibromyalgia Impact Questionnaire results. The acupuncture group saw 35 percent reduction at 10 weeks and 22 percent at one year, compared to 24.5 percent and five percent respectively for the simulated group.

The results show that acupuncture can be an effective mode of treatment for fibromyalgia along with common medications.