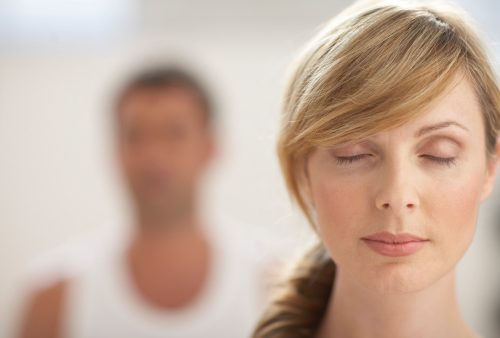 Fibromyalgia usually causes chronic pain that can be debilitating. It is generally treated with medication including antidepressants, which have side-effects. A new study explored the use of an alternative treatment called “compassion meditation” and found it to be effective in reducing pain symptoms.

The Effect of Meditation Therapy on Fibromyalgia Symptoms

The study that assessed the effect of meditation as a therapy for fibromyalgia symptoms was based on an experiment that aimed to compare two therapies: Attachment-Based Compassion Therapy (ABCT) and relaxation techniques.

ABCT involves compassion meditation exercises in addition to group sessions and daily assignments. The meditation focuses on learning to recognize and understand the universal nature of suffering, developing an emotional connection with other people’s suffering, and a motivation to act to alleviate suffering.

Since fibromyalgia affects more women than men, researchers decided to study the effect of meditation on women diagnosed with the condition. A total of 42 participants were selected for the study. The fibromyalgia symptoms were measured using a Fibromyalgia Impact Questionnaire (FIQ), which was specifically designed to assess the current health status of the women.

The women were then distributed into two groups, both with an average FIQ score of 60 indicating severe fibromyalgia symptoms. Women who were in the experimental group underwent compassion therapy (ABCT) and those in the control group practiced relaxation techniques.

At the end of the trial, the FIQ scores of women in both groups was attained to assess the impact of meditation.

Findings of the Study

Women who were in the experimental group and had practiced meditation therapy showed fewer fibromyalgia symptoms after the therapy. This was indicated by the average FIQ score, which fell from 60 to 44 after ABCT. On the other hand, the average score of participants in the control group remained above 60.

The fall in the score indicates that the participants in the ABCT group still experienced some symptoms, but the severity had declined.


A 14 percent difference is considered to be significant in medical research. However, the participants of the ABCT group experienced benefits in other factors as well. The percentage of improvement in various aspects can be summarised as follows:

The above statistics speak for themselves and reflect the effectiveness of meditation therapy.

People suffering from fibromyalgia experience symptoms that are so severe that they sometimes are incapacitated and skip work. This not only affects those suffering, but also reduces productivity and increases the burden on the health-care system.

According to Dr. William Van Gordon, a lecturer at University of Derby Online Learning, the improvements in the symptoms experienced by most participants in the ABCT group indicate that after the therapy, some of them “no longer met the diagnostic criteria for fibromyalgia.” Compassionate meditation therapy is not only cost effective as a treatment for fibromyalgia, but it will also reduce the sickness-related absence from work and improve the overall well-being of patients.

27 essential oils for fibromyalgia and how to use them