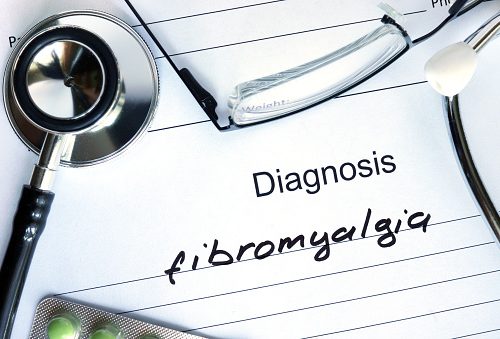 Fibromyalgia is an incurable condition that causes chronic pain in bones and muscles. While it has no cure, doctors have linked it with the nervous system, as it is the nerves that send the pain sensation to the brain. A recent study draws a connection between fibromyalgia and a hypersensitive brain.

The study was carried out jointly by researchers from the University of Michigan and Pohang University of Science and Technology, South Korea. It was based on the idea that patients with fibromyalgia have an abnormally hypersensitive brain network, also called explosive synchronization (ES).

When a person has ES, even the smallest amount of stimulation can lead to extreme synchronized reactions in the brain-cell network, similar to that of a seizure. In simpler words, even a slight disturbance or sensation of discomfort is augmented multiple times if a person has ES. Therefore, it is likely that people experiencing fibromyalgia pain suffer from ES.

To prove this theory, researchers decided to study the brains of fibromyalgia patients. A total of 10 female patients were selected for monitoring.

The researchers recorded brain activity by conducting resting-state electroencephalograms (EEGs) on the participants. This would help researchers understand two things:

In the next stage of the research, the South Korean team led by Lee used computer models to compare the reaction of fibromyalgia patients and those of healthy people to stimuli.

The EEG results showed that fibromyalgia patients had brains with ES conditions. They also confirmed the presence of a positive correlation between pain intensity and ES conditions of the brain.

This was a ground-breaking discovery. According to Dr. Richard Harris, professor at Michigan Medicine, “For the first time, this research shows that the hypersensitivity experienced by chronic pain patients may result from hypersensitive brain networks.” He added that the chronic pain brain is “electrically unstable and sensitive,” clarifying the fact that a small stimulus can have a dramatic effect on these patients.

The study using the computer model showed that people suffering from fibromyalgia had a brain that was extra sensitive to electrical stimulation and exhibited ES characteristics, which was unlike the brain of a healthy person.


Significance of the study

The study at the University of Michigan was led by George Mashour and Richard Harris, both professors of anaesthesiology, who hoped to find a treatment for chromic fibromyalgia pain by exploring the root cause of it. According to George Mashour, it was “…an exciting collaboration of physicists, neuroscientists and anesthesiologists.” He added that by understanding the brain network and combining data of brains of individual patients with the results of computer simulation, doctors hope to provide a “personalized approach to chronic pain treatment” in the future.

Also read: 27 essential oils for fibromyalgia and how to use them

Fibromyalgia, chronic fatigue syndrome can be improved with vitamin B12 and folic acid: Study