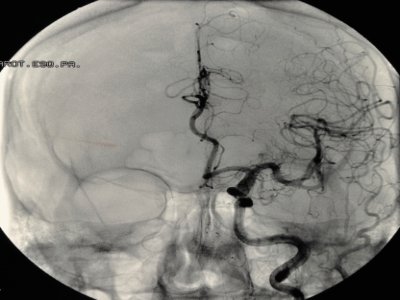 Fibromuscular dysplasia is a vascular disease characterized by abnormal cell growth in the walls of medium and large arteries, leading to a beaded appearance. This can have some negative consequences, causing arteries to become narrower, reducing blood flow, and in some cases, leading to bulging blood vessels (aneurysms) or dissections (artery tears).

Women between the ages of 40 and 60 are the most commonly affected by fibromuscular dysplasia (90 percent), but the condition may also occur in children and the elderly. While not a common occurrence in men, when it does present itself in males, a higher risk of an aneurysm or dissections is a result.

The exact frequency fibromuscular dysplasia in the general population is difficult to determine, but it is considered a relatively uncommon condition. Much of the reason for this uncertainty is because those with mild forms of the disorder are often asymptomatic (without symptoms), going undetected. Most studies on the condition have only looked at specific patient populations who have already suffered from serious consequences of having fibromuscular dysplasia, making estimates of how widespread the condition actually is very difficult.

What are the types of fibromuscular dysplasia?

The cause of fibromuscular dysplasia is unknown, but the following are believed to play significant roles in its development:

Risk factors that may promote the development of fibromuscular dysplasia include:

Some of the most commonly recognized complications of fibromuscular dysplasia include:

What are the symptoms of fibromuscular dysplasia?

When affecting the arteries of the kidney:

When affecting arteries leading to the brain (carotid arteries):

When affecting arteries leading to the arms or legs (peripheral arteries):

When affecting the arteries leading to the heart (coronary arteries):

How to diagnose fibromuscular dysplasia

When presented with a potential case of fibromuscular dysplasia, your doctor will want to rule out another cause of narrowed blood vessels known as atherosclerosis. This will involve a physical exam and obtaining blood values for blood sugar and cholesterol levels. However, atherosclerosis tends to present itself in certain demographics, and its presentation in younger adults is out of place. This will often lead to further investigation using imaging tests that may include the following, looking for the hallmark “beads on a string” appearance.

What are the treatment options for fibromuscular dysplasia?

Treatment options for fibromuscular dysplasia will be different from patient to patient, often depending on overall patient health, any underlying conditions (such as high blood pressure), as well as the location of the narrowed artery.

If otherwise healthy, repair of the affected artery is often recommended using various medical procedures and/or surgery. These may include:

Fibromuscular dysplasia patients are often advised accordingly based on their own unique presentation. For example, if cerebral aneurysms exist, strenuous activity should be avoided, as this may increase blood pressure. Additionally, all smokers are advised to quit as the habit can make fibromuscular dysplasia worse.

Also Read: Why it’s so important to keep your arteries and veins healthy