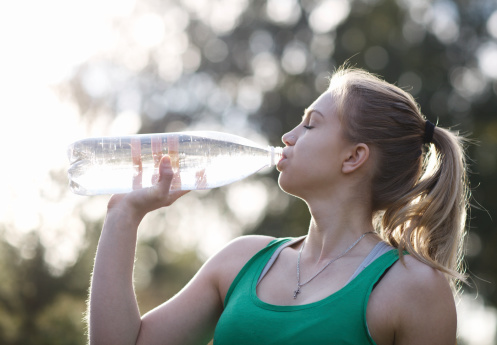 Fewer American teenagers are choosing to drink soda – in fact, the consumption rates dropped by as much as a third in the last two years. More youth prefer bottled water to the sugar-loaded sodas. Michael Jacobson, president of the Center for Science in the Public Interest, said, “Over the past 15 years, a great deal of research has demonstrated that sugar drinks promote weight gain and obesity, diabetes, and heart disease. That evidence has fueled campaigns to reduce consumption.”

Sodas have been banned or eliminated in schools, government agencies, and many vending machines. Furthermore, the soda tax could also be affecting the consumption trends.

Even soda giants like Coca-Cola, Pepsi Co., and Dr. Pepper Snapple Group have put forth effort to reduce calories in their beverages.
Results of the CDC survey revealed the following:

Water is becoming the popular beverage of choice, with the survey revealing American teenagers are consuming at least a glass of water a day.

Although soda consumption is declining, researchers are concerned that American teenagers are swapping one sugary beverage for another – more specifically, energy drinks, fruit juices, and sugary coffee beverages.

Dr. Ronald Tamler, medical director of the Mount Sinai Clinical Diabetes Institute, explained, “The question is, are they swapping out sodas for something else? Are they switching to other high-calorie beverages such as sugar-sweetened iced tea? That’s something that requires further drilling into the data.”

Researchers are still optimistic, though, that with this continued push to live healthier lives the decline of soda consumption will continue.