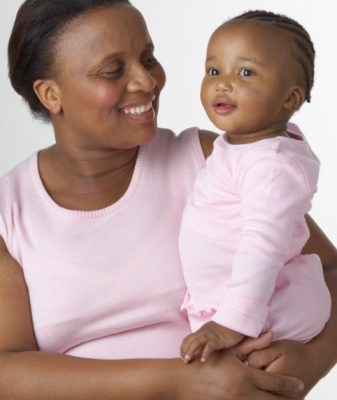 One of the things that new mother’s do best is worry — worry about the baby’s sleep pattern, worry about the baby’s comfort level, worry about the baby not eating enough, or about the baby eating too much. Baby’s weight is actually one of the top concerns for new moms who, depending on which generation they gave birth in, are being given totally contradictory advice about what side of the scale their infants should be weighing in at. A group of researchers recently settled the debate, analyzing 14,000 healthy newborn infants to discover that the ones whose weight increased faster tended to exhibit higher I.Q.s when they got older.

Your Baby’s IQ and The First 4 Weeks

Doctors involved in the study say the results shouldn’t surprise people since cognitive development begins early and studies have shown that good nutrition feeds the brain, while poor nutrition can have a negative impact.

Cognitive development in newborns is the ability to learn and remember as well as other psychological factors. Babies’ brains should be developing at a more rapid pace if they are healthy.

The team of researchers is hoping parents use the study as a cue to pay close attention to any feeding or growth problems early on so they can have them addressed by a doctor. The team points out that while weight gain is important in the first four weeks, “rapid growth weight” can be hazardous.

According to Harvard researchers, studies have indicated that many people don’t lose the weight from their infancy and become overweight adolescents and adults, putting themselves at risk for obesity, heart disease and diabetes.

The Centers for Disease Control and Prevention sets standards for weight based on age and gender. The World Health Organization has its own guidelines; more stringent standards. When U.S babies are evaluated based on the WHO standards, more had fallen into the overweight category. It is best to discuss your infant’s weight with your doctor to find out just how many calories are best to develop a healthy body and mind.

When a Baby Needs to Gain Weight

If an infant is not gaining enough weight there could be a number of factors at play. He or she could simply be falling asleep before getting enough milk, the baby may have a weak sucking reflex which makes it difficult for him or her to get milk, or perhaps the baby isn’t getting enough milk because the mother isn’t producing enough. The doctor may need a few weeks to perform tests, monitor the baby’s activities and daily routine before determining the source of the problem. Eventually the doctor will figure it out and the baby will be on the way to gaining more weight.

When a Baby is Overweight

The latest pediatric research seems to suggest that newborn feeding practices have a lot to do with infant obesity. A study published in the journal Pediatric Obesity states that obesity at twenty-four months is strongly associated with formula feeding. The research involved 8000 mothers and their babies. They were asked whether they mostly breastfed or formula-fed their infants and then the child’s weight was evaluated up until the age of two. Babies that were fed solid food before four months were about 40 percent more likely to become obese.

The researchers say that babies who are bottle-fed don’t learn how to regulate their appetites the way breast-fed babies do, and parents tend to over-feed when they are looking at a bottle of milk and measuring a baby’s serving; something that isn’t done with breastfeeding.

This seems to suggest that the baby will have a higher chance of being overweight if he/she is bottle-fed at night. The researchers do agree it isn’t just feeding practices in the first few months that impact the baby’s weight; genetics also play a role.