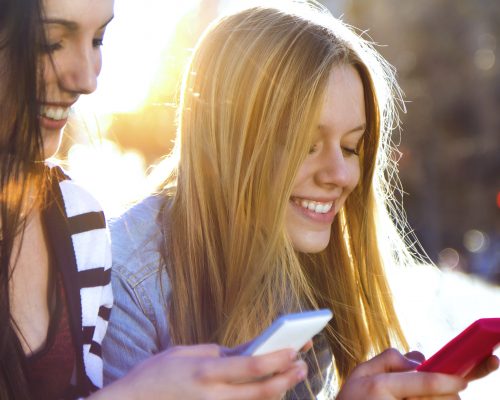 Even though there is a surge in texting and online messaging, face-to-face communication is still regarded as superior when it comes to social closeness. Face-to-face time expresses emotion and helps convey unspoken cues better than texting which is lacking thereof thus contributing to misinterpretation.

The findings are based on two different studies involving teens and young adults. The first study showed that teens who were away from their phones over the course of five days improved their recognition of nonverbal emotional cues, and the other study found that face-to-face time was more efficient in brightening people’s moods when they were stressed out.
Senior author of the first study Patricia Greenfield said, “This is an extremely important phenomenon. Young people’s social lives are occurring through technology rather than in person … and I think it’s a disaster for society if people can’t read the emotions of other people. Social life depends on it.”

Research has shown that children and young adults aged eight to 18 spend 7.5 hours using media outside of school hours. Phones and text messages are the most common forms of media this age group utilizes.

The researchers compared 51 preteens who spent five days at an outdoor camp away from technology to a group a children who were able to use their technology devices as usual.

The teens who went to the camp had much better abilities to recognize nonverbal cues, compared to the individuals who kept up with their technology use.

The second study involved 64 young women who completed a stressful task. They were randomly assigned to either receive emotional support from a close friend face-to-face, through text, or not at all. The group which received face-to-face support had a greater improvement in mood, compared to those who received texts, although the participants ranked them to be the same.

Study author Susan Holtzman added, “To me, it shows there are relationship benefits we get from text messaging. And, it’s not that text messaging is necessarily bad for you, it’s just perhaps not as good at bringing us out of a stressful experience.”

Other experts are not surprised by the findings, but note that the use of technology isn’t necessarily a troublesome thing – as long as it is used in moderation and balance, and that text messaging doesn’t completely overtake face-to-face time.