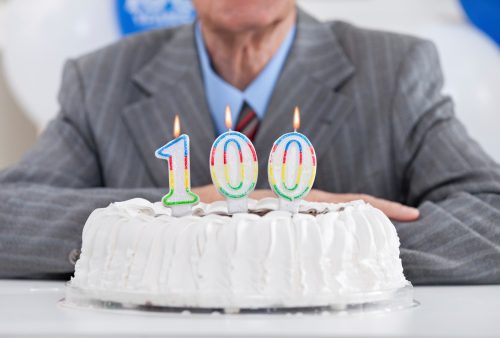 Reaching your 100th birthday is not something most people think about, as the average life expectancy is about 79 years for Americans, yet there are individuals out there who live way past that. It is estimated that just one per 5,000 people in developed nations are centenarians (people older than 100), and a study conducted by Boston University School of Public Health and School of Medicine have uncovered new genetic variants associated with extreme old age.

Researchers identified new rare variants in the chromosomes that make up our DNA, more specifically, in chromosomes four and seven. These variants were associated with extreme survival and carry reduced risks for cardiovascular and Alzheimer’s disease.

The study in question set out to highlight the importance of studying “truly rare survival” and to identify variants in our own DNA, rare or common, that contribute to extreme longevity and a longer lifespan. It was the result of combining four studies—the New England Centenarian Study, the Long-Life Family Study, the Southern Italian Centenarian Study, and the Longevity Gene Project, which made up a large sample of 2,070 individuals who became the oldest one percentile of the 1900 birth year cohort. This allowed the researchers to evaluate and analyze longevity associated variants (LAVs), and use that information to differentiate survival from extreme age.

The results of the data analysis identified the chromosomes previously mentioned and confirmed other extreme age-associated variants proposed in other studies. Additionally, the researchers were able to identify alleles—a variant form of a gene—that was scientifically associated with reduced risk of cardiovascular disease and hypertension
“The data and survival analysis provide support for the hypothesis that the genetic makeup of extreme longevity is based on a combination of common and rare variants, with common variants that create the background to survive to relatively common old ages (e.g. into the 80s and 90s), and specific combinations of uncommon and rare variants that add an additional survival advantage to even older ages,” wrote the authors of the study.

While this is exciting news, the researchers were ultimately disappointed with the end result. Despite making a landmark finding, the two most significant genotypes they found were only carried by a very small portion of the cases they looked at, and there still remains much undiscovered in terms of variants surrounding extreme lifespan. The researchers stress that larger sample sizes of these centenarians would be needed to discover all the rare genetic variants.