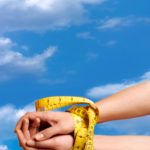 America’s obsession with the diet began as far back as 1863. That was when a man named William Banting developed the first “low-carb diet”.  It is 150 years later and countless diet plans have followed; everything from low-carb and low-calorie to all out fasting. Today, a new diet is in the spotlight. It’s called the “Fast Diet” and it seems to be stirring up a lot of controversy.

So What’s the Deal With This Weight Loss Plan?

The “Fast Diet” is a weight loss plan developed by London doctor, Michael Mosley. It basically calls for 2 days of very low calorie food consumption and 5 days of eating whatever you want. On the so called fasting days, women can consume no more than 500 calories and a man can eat 600 calories. Some people refer to it as “intermittent fasting” or “alternate day dieting”.  No matter what you call it, literally thousands of people in Europe and the United States say the diet is causing them to drop pounds.

The Debate About Fasting – A Good or Bad Idea?

A lot of eye-brows are raised when the word “fasting” is mentioned in any diet plan. Many nutritionists, dieticians, and doctors argue that any kind of fasting can create gastrointestinal problems. Dehydration, weakness, and fatigue have been associated with fasting. When people devote themselves to a fasting plan they can put themselves at risk of weakening their immune system. As well, they might be depriving their body of essential nutrients and minerals to help their organs function properly.

The Fast Diet Doctor – He Says it Works…

The “Fast Diet” is not your typical fasting technique where you go without food for days, or even weeks.  It is 2 non-consecutive days during the week where you restrict food intake in a very big way. According to Michael Mosley the “Fast Diet” works because you are taking in fewer calories. He estimates that the average person is eating ¼ the amount of calories on the 2 fasting days. Based on this projection, you should then be losing one pound of fat per week. Mosley admits that in the beginning it is mostly water but insists if you stick with the diet, you will soon shed real weight.

This Diet at the Cellular Level – Promoters of the Diet

At the cellular level Mosley, as well as other doctors and scientists promoting the diet say what happens is that your system becomes stressed in a good way. They explain to those who are overweight and looking for a new approach to dieting that as humans we evolved at a time when feast and famine was normal; that our bodies became used to the stress of going without food.  For example, cavemen would hunt for food, gorge themselves and then not eat for days because they could not find sufficient food. During the fasting or stress time, some studies seem to indicate that our bodies go from growth mode to repair mode.

RELATED READING: Detoxing – How Good is it for Better Digestion?

Researchers at the University of Southern California Institute of Longevity have studied the impact of the “Fast Diet” on the insulin-like growth hormone, IGF-1. They concluded when we eat, this hormone drives our cells to help us grow. This is important when we need to grow, but not so good when we are trying to lose weight. The researchers also indicated that intermittent fasting turned on a number of DNA repair genes.

Sensible Eating and This Diet Plan…

Nutritionists with the Mayo Clinic state that fasting is safe on an occasional basis; however they also say that it threatens long term weight-management. They report that when people end their fasting routine they tend to go back to consuming starchy, high fat foods.  The clinic promotes lower fat intake, eating at least five fruits and vegetables per day, drinking plenty of water, getting proper sleep, and walking at least 30 minutes per-day.

If the “Fast Diet” appeals to you, keep in mind that for some people fasting can be dangerous. Pregnant women, people with serious illnesses or immune problems should avoid fasting. If in doubt, discuss your plans with your doctor first.