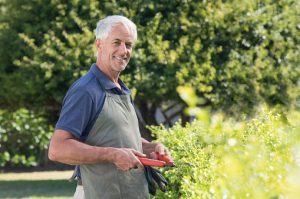 Exercise for elderly is recommended not just for better overall health and fitness, but for longevity. Until now, doctors have recommended moderate to intense physical activity. Many elderly people cannot follow this guideline as they start to weaken with age and have health problems that prevent them from doing anything vigorous. However, a new study now shows that even low-intensity physical activity can lower the risk of death.

A sedentary lifestyle has been linked with health problems, and in the elderly, connected with a faster rate of decline. In contrast, physical activity has been linked with better mental and physical health. Researchers decided to expand on existing knowledge and find out whether a sedentary lifestyle and levels of physical activity affect mortality in elderly men.

Researchers referred to the database prepared for the British Regional Heart Study as their chief source of information. This study contained information on the patterns of activity and health condition of participants between 40 and 59 years of age.

In the follow-up, the surviving participants had to undergo a physical examination by a doctor and answer questions about their lifestyle, sleep patterns, and health status. They had to report whether they had been diagnosed with heart disease in the period following the initial study.

The participants were then requested to wear a portable gadget called an accelerometer for a week. This gadget tracked their physical activity. While a total of 1,556 men agreed to wear the device, researchers decided to monitor the health of only those who did not have pre-existing heart disease. Hence, for the next five years, only 1,181 men were observed.

Doctors recommend a total of 150 minutes of exercise or physical activity per week. In the past, they recommended that exercise should include moderate activity with bouts of 10 or more minutes of vigorous physical activity. This is challenging for many elderly people. Researchers observed that only 16 percent of the participants could engage in such activity compared to 66 percent who were able to accommodate sporadic bouts of vigorous activity.

Therefore, based on the research, the guidelines have been revised, as it has been found that elderly men can get similar benefits from low-intensity exercises. Elderly exercises need not be vigorous as researchers have observed that all activities are beneficial, no matter how modest they are.