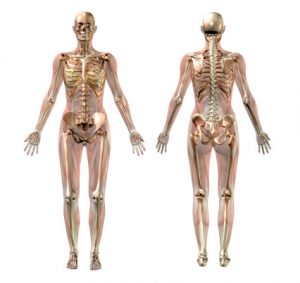 Decreased bone strength (osteoporosis) is commonly associated with menopausal women, which puts them at an increased risk of bone fractures—the most common cause of broken bones among the elderly. However, according to a new study, women who consume too much alcohol may be further increasing their risk of bone fractures.

Takeshi Miyamoto—an orthopedist at Keio University’s School of Medicine—and his colleagues have looked into the ALDH2 gene, which is responsible for the production of the enzyme that breaks down alcohol.

“You cannot change whether your system has a high tolerance for alcohol or not,” Miyamoto said. “But there is the possibility that you can avoid a bone fracture by taking vitamin E while becoming aware of the risks.”

The researchers discovered that people born with the ALDH2 gene not actively working have an inability to decompose acetaldehyde, which causes one to feel drunk or sick by drinking.

The study also concluded that the risk of experiencing a fracture was 2.3 times higher in those with an inactive ALDH2 gene compared to those with a functioning ALDH2 gene, after age and other factors were adjusted for.

Interestingly, when investigating the effects of acetaldehyde on mouse osteoblast cells (cells of new bone), they discovered that the cells activity became weak after the introduction of acetaldehyde—however, the gene’s activity became normal when vitamin E was supplied.
At the end of the study, the researchers reached a consensus that women who are naturally predisposed to suffer from potent effects of alcohol will likely have weak bones due to their inability to decompose acetaldehyde properly. Therefore, they are recommended to take vitamin E as a precaution.