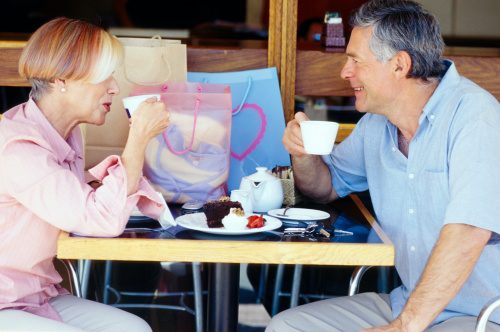 A new study suggests that coffee consumption is not linked with atrial fibrillation – an irregular heartbeat. You may notice that sometimes when you consume coffee you feel shaky or as if your heart is “fluttering.” However, the new findings do not reveal an association between your coffee consumption and your fluttering heart.The research comes from the Karolinska Institutet in Sweden. The American Heart Association estimated 2.7 million Americans have atrial fibrillation. Fluttering or irregular heartbeat can progress into other complications, like blood clots, heart failure and stroke.

Previous research on coffee consumption revealed that moderate coffee consumption may reduce a person’s risk of heart disease; however, when it comes to coffee and atrial fibrillation, many scientists still believe it can increase your risk of irregular heart rate.

The research involved nearly a quarter of a million people from the U.S. and Sweden.

The researchers first analyzed data from a study which included 41,881 men and 34,594 women. Participants started reporting their coffee consumption (in cups) in 1997 and were then tracked for 12 years. On average the men and women drank three cups of coffee a day. 4,311 men and 2,730 women reported cases of atrial fibrillation over the course of the study.

By analyzing the results the researchers determined there was not an association between coffee consumption and atrial fibrillation – even when large quantities of coffee were consumed.

Coffee may still lead to other forms of irregular heart rates, as seen in people who cut down their amounts of coffee consumed. In conclusion, additional research needs to be conducted in order to answer such questions.