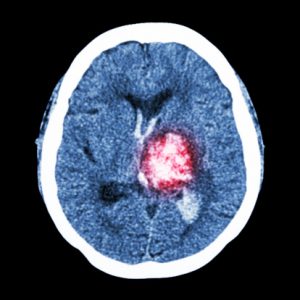 More and more adults are visiting clinics to receive anticoagulation prescriptions to treat atrial fibrillation, says a study by the University of Michigan.

According to a study led by the Frankel Cardiovascular Center, doctors in the U.S. reported more than 2.83-million treatment visits for use of direct oral anticoagulants (DOAC) in the last quarter of 2014. This is up from the 2.05 million visits in the first quarter of 2009.

The increase is largely driven by the popularity of DOACs that have been heavily advertised as simple to use. The study also found that Warfarin therapy visits declined.

“When we don’t treat atrial fibrillation, patients are at risk for stroke,” said study lead author Geoffrey Barnes, a cardiologist with the University of Michigan. “By seeking treatment, patients set themselves up for better outcomes.”
These study was published online in The American Journal of Medicine.

As recent as 2010, Warfarin was the treatment of choice to prevent strokes in patients with atrial fibrillation. The condition causes an irregular heart rhythm. According to the Heart and Stroke Foundation, people with atrial fibrillation are three to five times more likely to have a stroke than those without the condition. The new anti-coagulants are more popular because, unlike Warfarin, they have fewer food restrictions and do not require frequent monitoring via blood tests.

For the study, researchers analyzed the IMS Health National Disease and Therapeutic Index, which surveys 4,800 physicians selected randomly. The survey captures information from 350,000 office visits each quarter. Researchers found that warfarin therapy visits declined between 2009 and 2014, while DOAC visits have risen over one million per quarter since their introduction in 2010.