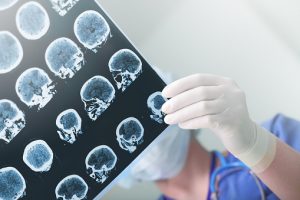 Epilepsy is a neurological condition that causes a sudden rise in brain activity, resulting in recurrent seizures. It affects more than 50 million people worldwide, and although drugs have been developed to treat it, only 70 percent of the patients experience relief from the seizures. Doctors often cannot distinguish between epileptic and non-epileptic seizures. Only an accurate and timely diagnosis can determine.

Doctors find it challenging to diagnose epilepsy. According to David Henshall, a professor at the Royal College of Surgeons in Ireland, this is because the main symptom is a seizure, but “it is very rare that a doctor will witness the patient having [one].” Doctors usually rely on a brain test called an electroencephalogram (EEG).

An EEG helps to detect unusual electrical activity in the brain. However, this also isn’t a reliable way to detect epilepsy. Many healthy people have abnormal EEGs and oftentimes, people suffering from epilepsy have normal EEGs.

Since there is no reliable method of diagnosis yet, it is important to develop a test using biomarkers—a blood test that identifies molecules associated with epilepsy.

Professor Henshall and his team studied micro ribonucleic acid molecules (also called micro RNA or miRNA) which influence genes. They aimed to find out if these molecules could help detect epilepsy.

To verify the hypothesis, the scientists tested blood samples of healthy volunteers as well as those of patients with epilepsy. They compared the levels of miRNA in both groups of samples and found that a certain set of miRNAs were consistently different in the blood of people suffering from epilepsy.

The findings show that miRNA levels can help identify whether a person has epilepsy or not. Hence, blood tests analyzing the same could help to diagnose epilepsy.


The future of diagnosis and treatment

Patients complaining of seizures are often put on epilepsy drugs without any confirmation of whether these seizures were due to epilepsy. According to Henshall, doctors will now be able to identify the cause of these seizures as psychogenic attacks (those of psychological origin) or as epilepsy, and treatment can be prescribed accordingly.

His team is currently working with chemists to develop an apparatus that can detect low levels of miRNA biomarkers in blood samples. They expect to accomplish this in five years. Once the device is developed, doctors would be able to diagnose epilepsy with a simple finger-prick blood test similar to that of diabetes.

Merab Kokaia, who is a professor of neurology at Lund University in Sweden, has been studying biomarkers to develop tailored treatments. He observed that about 20 to 25 percent of people who suffered from traumatic brain injuries developed epilepsy. In addition, the changes in the brain began before the onset of seizures. Early detection of these changes could help administer early treatment and prevent epilepsy.

If reliable biomarkers are used to detect the development of epilepsy, doctors would be able to identify patients who are at risk of developing epilepsy. However, for that, the test should be further refined.

According to Merab Kokaia, the test should include a combination of tests with other biomarkers such as HMGB1, since epilepsy is a very complex condition. Using these combination biomarkers could help to improve the test and provide quicker diagnosis so treatment can be started sooner.