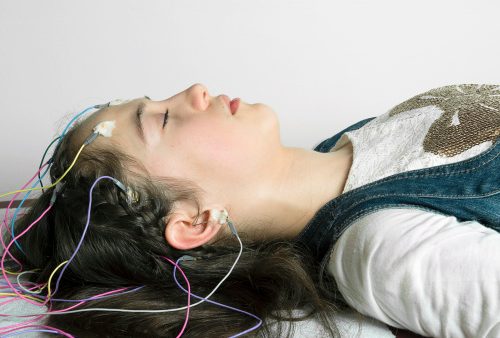 Epilepsy affects nearly 30 percent of autism spectrum disorder (ASD) patients. On the other hand, many patients with epilepsy display ASD-like behavior. Studies have shown that epileptic seizures impair the neural pathways required for socialization, but the details of this process are unknown.

Four studies have investigated the in-depth relationship between epilepsy and ASD, revealing biological mechanisms that could aid treatment for patients with both disorders.

Study lead Dr. Jennifer Avallone said, “The presence of epilepsy is an important finding in patients with autism spectrum disorder. Exploring the variations in EEG activity between and during seizures, and how those variations relate to genetic and behavioral findings in people with ASD, could greatly assist with the management of both conditions.”

In an alternative study, researchers explored the relationship between epilepsy and autism-like behavior associated with maternal infection. Research has shown that epilepsy and autism are linked by immune activation within pregnant mice, triggering immune molecules in the offspring.

Study author Andrey Mazarati explained, “These observations suggest that the processes contributing to the autism-epilepsy connection are highly complex. Studies exploring the relationship between autism and epilepsy must take this complexity into account when establishing a proper experimental design.”

A third study by Dr. Mirret El-Hagrassy looked at the neurological, physical, and behavioral characteristics of ASD patients, epilepsy patients, and patients with a rare condition known as electrical status epilepticus of slow wave sleep (ESES). The patients were treated with diazepam. Further to the treatment, they all showed great improvements with seizure control and neurocognitive status.

Dr. El-Hagrassy noted, “ASD can be associated with focal epilepsy, ESES, and multiple neurocognitive comorbidities. Spike locations during ESES in patients with ASD appear to vary on initial analysis from those with ESES but no ASD. Comorbidities also vary between the 2 groups. These differences are difficult to interpret with such small numbers, but may potentially render clues to cortical areas involved in different comorbidities of ASD and ESES, even when imaging is normal. Spike suppression may have implications beyond seizure control.”

Lastly, the fourth study used mice models of ASD and epilepsy to explore underlying processes. Mice that displayed behavioral characteristics of ASD were inbred, and researchers provoked an immune response in the offspring. The mice were then evaluated for their susceptibility for seizures, their brain activity, and ASD-like behaviors. The study found that a single immune challenge in infancy increases brain excitability and enhances seizure susceptibility.

Study lead Megan Leigh Lewis concluded, “This innovative mouse model could provide a useful tool to discover the molecular processes responsible for the coexistence of ASD and epilepsy.”


Autism and epilepsy: discovery of a common genetic cause

Other research has found a common genetic cause of autism and epilepsy. The researchers found a severe mutation of the synapsin gene (SYN1) in epilepsy and autism patients.

Study lead Dr. Patrick Cossette said, “The results show for the first time the role of the SYN1 gene in autism, in addition to epilepsy, and strengthen the hypothesis that a deregulation of the function of synapse because of this mutation is the cause of both diseases. Until now, no other genetic study of humans has made this demonstration.”

One-third of autism patients suffer from epilepsy, but the reason for the comorbidity is unknown. 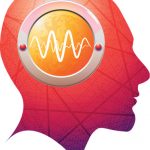 Epilepsy diagnosis and treatment in individuals with autism

Untreated epilepsy in autism increases the risk for poor overall health and, hence, treatment is essential for greater health outcomes.

A neurologist will diagnose a child if epilepsy is suspected by placing electrodes on the child’s head and monitor brain activity – this is known as electroencephalogram (EEG).

Treating epilepsy in autism isn’t that different than treating epilepsy alone. Anti-epileptic drugs are used, and although they are not a cure, they can help better manage symptoms and reduce seizures.

If medications are unsuccessful, other treatment options may be utilized, such as vagus nerve stimulation, which prevents seizures by sending electrical pulses to the brain. Another alternative is a surgical procedure that removes the seizure-producing areas of the brain.

One moment you can be completely fine, carrying on with your day, and in a split second, it can all change. You convulse, you lose control, and you begin to act quite differently. If this scenario only occurred to you once, you’ve likely experienced a seizure. But if it becomes a recurring event, you could have epilepsy. Continue reading…