Home » Women's Health » What is an enlarged ovary? Causes, symptoms, and treatment 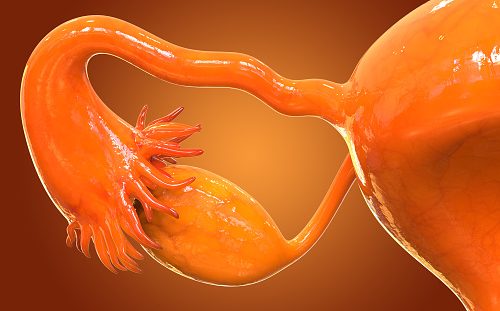 An enlarged ovary is one that has become larger than normal. There are many different causes of enlarged ovaries and they have varying degrees of severity. A woman’s ovaries are part of her endocrinal and reproductive system. They are responsible for the release of hormones such as estrogen and progesterone, which play a part in the menstrual cycle, development of female secondary sex characteristics, and even voice changes.

What causes an enlarged ovary?

Commonly, enlarged ovaries are due to cyst development. Cysts are usually non-cancerous and are sac-like in structure, typically containing fluid or other material. There are many other causes for an ovary to become enlarged, however. The following are the most commonly recognized ovary enlargement causes:

Symptoms that accompany an enlarged ovary

Treatment of an enlarged ovary

The treatment for an enlarged ovary will often depend on the underlying cause. This will require the guidance of a trained medical professional to perform various tests on procedures to help get a clear diagnosis. Ovarian cancer often utilizes a combination of surgery and chemotherapy for treatment. Radiation may also be used after surgery has been complete to eradicate any lingering traces of cancer cells.

Women with PCOS are commonly treated with medications such as birth control pills, hormone drugs, and metformin to help overcome their hormone imbalance. Other forms of benign cysts tend to resolve on their own without any additional treatment, but perhaps the use of anti-nausea drugs and over the counter pain medications.

There are also some home remedies that might prove useful as enlarged ovary treatment: