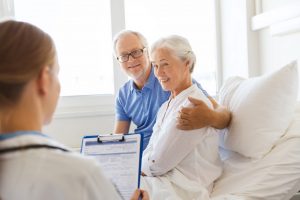 Encephalitis (brain inflammation) patients are more likely to die if they develop seizures or low platelet count, according to research from Johns Hopkins. The researchers suggest that if practitioners are watchful of these conditions and treat them aggressively at the first sign of their presence, patient survival increases.

Study lead Arun Venkatesan said, “The factors most associated with death in these patients are things that we know how to treat.”

Encephalitis is still very much a mystery, as its progression can be unpredictable – like its origins. Encephalitis can be caused by a virus, bacteria, or autoimmune disease, but in nearly 50 percent of cases the exact cause is unknown. Symptoms of encephalitis can include fever, seizures, headache and confusion, weakness, or even language disability. If severe, patients may end up in intensive care unit for months, being treated with antiviral medications, immunosuppressants, or steroids.

Venkatesan added, “Encephalitis is really a syndrome with many potential causes, rather than a single disease, making it difficult to study.”

The team reviewed 487 patients with acute encephalitis, paying closer attention to those who stayed at least 48 hours in intensive care during their stay and over the age of 16. Of 103 patients, 19 died. Those patients with the most swelling of the brain had the highest risk to die, and those with low levels of platelets, which are responsible for blood clotting, also had six times higher risk of death.

The findings highlight that low platelet count in encephalitis should be closely monitored, along with severe brain swelling and frequent seizures.

Co-author Romergryko G. Geocadin suggested that often doctors may give up, as they don’t feel that the condition can improve. He added, “This research should give families — and physicians — hope that, despite how bad it is, it may be reversible.”


Other causes and risk factors for encephalitis

Anyone can develop encephalitis, but certain factors increase a person’s risk of developing this brain condition. Some risk factors for encephalitis include:

Age: Some types of encephalitis are more predominant in certain age groups. For example, encephalitis stemming from herpes simplex typically affects 20- to 40-year-olds.

Weakened immune system: Individuals with conditions that weaken their immune systems or who are on immunosuppressant medications are at higher risk of encephalitis, as their bodies are unable to fight off the infection which causes it.

Season: mosquito- and tick-borne illnesses typically occur in the spring and summer months, and thus cases of encephalitis may increase during these seasons as well.

Common viral causes of encephalitis include:

The risk of encephalitis (brain inflammation) from viral infections is higher in people with weak immune system. Encephalitis is the inflammation of brain tissue. Although it is rare, encephalitis affects one in 200,000 Americans. When encephalitis strikes, symptoms such as personality changes, seizures, and weakness may occur. Continue reading…

Loneliness is linked to brain inflammation and premature death. Unlike other illnesses where there are clear symptoms, loneliness can go undetected. It is estimated that 60 million Americans suffer from loneliness, and seniors are at highest risk. Continue reading…