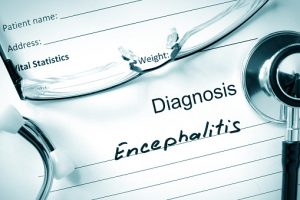 The risk of encephalitis (brain inflammation) from viral infections is higher in people with weak immune systems. Encephalitis is the inflammation of brain tissue. Although it is rare, encephalitis affects one in 200,000 Americans. When encephalitis strikes, symptoms such as personality changes, seizures, and weakness may occur.

Individuals with weakened immune systems, children and seniors for example, are more susceptible to encephalitis as it is commonly caused by a viral infection. In this case it can also be referred to as viral encephalitis.

Encephalitis patients usually recover from the condition, but recovery depends on the type of virus as well as the treatment used.

Causes and symptoms of encephalitis

Encephalitis is commonly caused by a virus or an infection, but in some cases it is idiopathic (no known cause is found). Common viruses that can cause encephalitis include:

Symptoms of encephalitis may include: 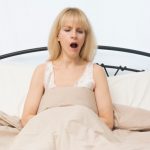 Complications related to encephalitis depend on a variety of factors, including a patient’s age, the cause of infection, the severity of the initial illness, and time between the disease onset and treatment.

Complications of encephalitis include:

Diagnosis and treatment of encephalitis

Recognizing the symptoms of encephalitis is the first step toward diagnosing and treating it. A brain scan and a neurological examination may also be conducted to help diagnose encephalitis. Additional testing may involve a lumbar puncture; a sample of cerebrospinal fluid is taken that can reveal abnormally high levels of protein and white blood cells. Lastly, blood work and an electroencephalograph can be used.

Treatment of encephalitis involves treating the infection or virus that caused encephalitis. A variety of medications—like corticosteroids and anticonvulsants—may also be used to treat the infection and the symptoms (e.g. seizures). Your doctor will determine which mode of treatment is best for you based on your symptoms. 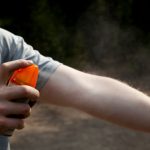 Prevention of encephalitis involves general illness prevention. For example, it is a good idea to practice good hygiene, avoid sharing utensils, and to get vaccinated. It’s also vital that you protect yourself from mosquitoes and ticks as they can carry illnesses that can cause encephalitis in humans.

Tips to prevent mosquito and tick bites include:

Following these precautions is a great way to prevent viral encephalitis and the complications that come with it.