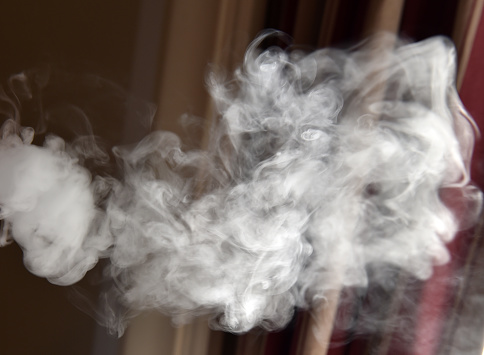 A recent study from the Department of Energy’s Lawrence Berkeley National Laboratory, known as the Berkeley Lab, has shown that exposure to thirdhand smoke can lead to biological effects on weight and cell development.

Thirdhand smoke is classified as the residue left behind when someone smokes. Particles can become trapped in fabrics like couches, carpets, and curtains and have lasting effects on those who come into contact with them.

While there is a large body of evidence detailing the detriments of secondhand smoke, the effects of thirdhand smoke are still being examined, though mounting evidence is showing that this toxic residue may prove to be even more dangerous than secondhand smoke.

Scientists at the Berkeley Lab used mice to investigate how thirdhand smoke can affect the body, housing newborn mice in areas with cloths that had been treated with smoke. These mice were kept in this housing for a three-week period, while a control group of other newborn mice was kept in an area without any exposure to thirdhand smoke. After the three-week period, the mice who had been exposed to thirdhand smoke weighed significantly less than their peers who had not, suggesting that the thirdhand smoke negatively affected their ability to grow and gain weight.
Also, it was found that newborn and adult mice who were exposed to thirdhand smoke displayed changes with their blood cell counts. Taking this data into account, researchers suggest that the youngest of our population are most at risk, as “they come into contact with contaminated surfaces while crawling or teething during a critical window of immune system development.”

While many are aware of the well-documented effects of first and secondhand smoke, this new research highlights the fact that the lingering side effects can be much worse than a stale scent or yellowed walls. Thirdhand smoke has now been linked to developmental issues concerning weight and the immune system, and further research is being planned to discover whether there are connections between thirdhand smoke and certain diseases.