Home » Brain Function » Memory » Eating like this can protect your memory 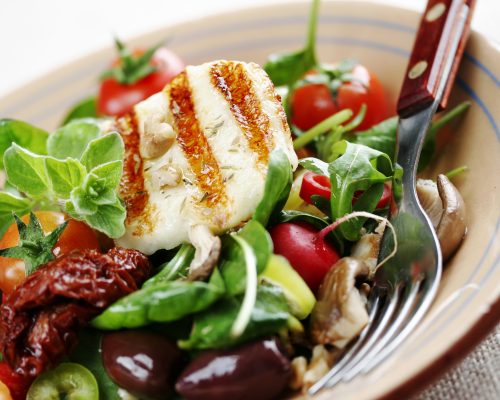 If you’re over the age of 65, you probably have experienced some memory slipups. Maybe you forgot where you parked, or maybe you can’t recall someone’s name, whatever it was, you may notice that these episodes occur more and more often.

Memory problems are a real struggle for seniors, and although it’s normal to have some degree of memory loss or forgetfulness, if it starts impeding on your daily life then it could be a sign of dementia or Alzheimer’s disease.

Researchers are looking into ways to reduce your risk of dementia and Alzheimer’s disease, such as controlling blood pressure and learning new things. One simple way to protect your memory is by eating brain-boosting foods.

In her study, Suzanne Craft, professor of gerontology and geriatric medicine, aimed to explore the possible link between type 2 diabetes and Alzheimer’s disease. To do this, she looked into the concept of diet. Craft recruited 49 adults of which 29 had early signs of Alzheimer’s disease. The participants were randomly assigned to either a diet high in saturated fat and easily digestible carbs (Western diet), or the Mediterranean diet.
After 30 days, those who were assigned to the Western diet performed worse on memory tests and beta-amyloid proteins characteristic of Alzheimer’s disease showed up in their spinal fluid. Those who adhered to the Mediterranean diet improved on memory tests and their spinal fluid contained lower levels of beta-amyloid proteins. Once the participants went back to their regular style of eating, these effects were reversed.

In another study, Prof. Craft observed a temporary decrease in the participants’ cognitive abilities and a temporary increase in beta-amyloids in their spinal fluid after consuming one meal that contained carbohydrates.

The Mediterranean diet has been continuously hailed for its benefits on heart health. Researchers continue to explore its benefits for improving diabetes and brain health.

The take-home message here is, once again, eating healthy is essential for improving overall health. This includes more fruits, vegetables, whole grains, and lean proteins, and less alcohol, processed food, saturated fat, and red meat. If you can stick by those basic principles, you will enjoy better health outcomes in the long run.

7 tricks to boost your memory