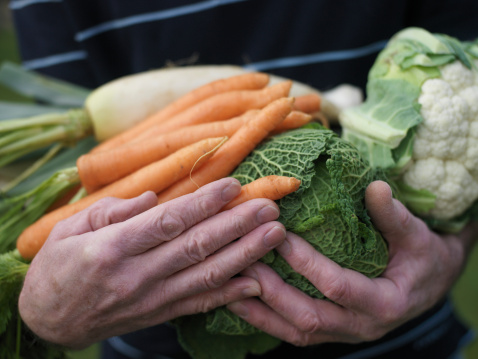 Eating a healthy and balanced diet can be difficult for some but is something that everyone would like to incorporate into their lives. With the convenience of fast food and exaggerated portion sizes, it is far too easy to slip into a routine of poor dietary habits.

A new study may provide some encouragement to those looking to break this habit, as it was found that people who have a healthier diet throughout their adult lives are more likely to be stronger and fitter in old age.

This is one of the first research studies looking at the long-term benefits of healthier diets as a person transitions from adulthood to an older age.

The study, led by the University of Southampton, looked at dietary patterns of a group of 969 British men and women, with their lifestyles having been monitored since birth. Information on these participants was collected at four points in their lives, between 36 and 60–64 years of age. Their diets were compared at different ages in relation to three standard measures of physical function during their 60s. These physical functions included their ability to perform chair raises, timed up-and-go speeds, and their standing balance.

It was found that those who ate more fruit and vegetables, whole grain cereals, and fewer processed foods into to their elderly years performed better across all three physical functions.

Additionally, those who progressively improved their diet throughout adulthood saw improvement in two of the three measures—chair raise and standing balance—at older ages.

“Improving the quality of your diet can have a beneficial effect on health whatever your age. However, this study suggests that making good dietary choices throughout adulthood—by cutting down on highly processed foods and incorporating more fruit, vegetables, and whole grains into your diet—can have a significant beneficial effect on strength and physical performance later in life, helping to ensure a much healthier old age,” said lead author Sian Robinson, Professor of Nutritional Epidemiology at the University of Southampton.

The researchers went on to say that there is an undeniable link between frailty in old age and dietary patterns. Making changes earlier in life can be an effective measure against age-related decline in musculoskeletal function, a growing cause of disability in the elderly worldwide.