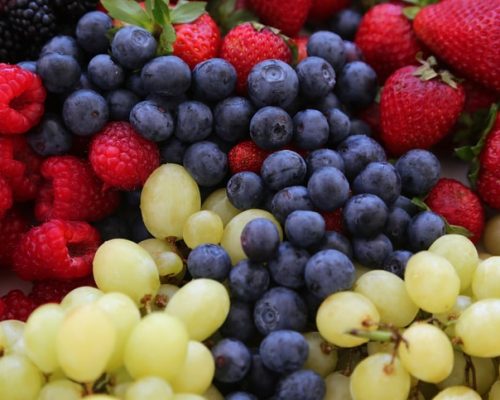 If you want to slow down memory loss and aging, then get your hands on grapes and blueberries. Latest research findings have uncovered that eating these fruits in combination can have a dramatic effect on your brain health.

Previous studies have found that consuming foods high in polyphenols can help slow down the physical effects of aging. These foods include grapes and acai berries.

The researchers wanted to up the benefits by combining superfoods together to determine their effects. So, the researchers performed a double-blind, randomized, placebo-controlled trial to test memory, spatial recognition, and learning on four groups of old and young mice. Half the mice received a diet high in polyphenol extracts from grapes and blueberries while the other half of the mice received a regular diet.

The researchers uncovered that the benefits of the polyphenols from the grapes were boosted by combining them with the blueberry extract. The combination was found to have a greater effect.

The aged mice who received the polyphenols examined objects they never saw before and ignored items they did and remembered where the exit for the swimming pool was despite changing up their starting point and lived longer. Fifty-two percent of the mice in the regular diet group died before any of the mice from the polyphenol group.

Lastly, polyphenol levels were very high in the mice bloodstream along with the brain, which signals that combining grapes and blueberries could be a great way to improve memory and brain function.

The researchers concluded, “Although the exact mechanism is difficult to pinpoint, our data provides evidence of both direct and indirect effects on the brain. The well-being of aged people is closely linked to good memory performance and proper brain functioning, which very often deteriorate during aging. Together, the data obtained in this study are in line with the hypothesis that optimized preventive nutrition may promote the maintenance of a satisfactory cognitive state in elderly subjects and may thus prevent or delay dementia, and contribute to healthy aging.”

Therefore, if you’re looking for a brain-boosting snack, then get your hands on some grapes and blueberries.