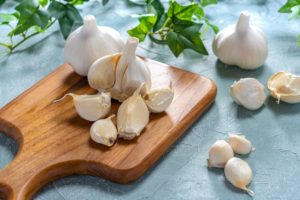 Tyagi added, “The diversity of the gut microbiota is diminished in elderly people, a life stage when neurodegenerative diseases such as Alzheimer’s and Parkinson’s develop and memory and cognitive abilities can decline. We want to better understand how changes in the gut microbiota relate to aging-associated cognitive decline.”

To achieve their findings, the researchers gave mice supplements of the compounds found in garlic and compared the findings to mice who did not receive the supplement.

The researchers found that mice who received the supplement had better long term and short term memory, along with having healthier gut bacteria compared to mice that did not receive the supplements.

Further researcher found that reduced gene expression of neuronal-derived natriuretic factor (NDNF) in the brain, which is associated with cognitive, decline was seen in the mice who did not receive the garlic compound.