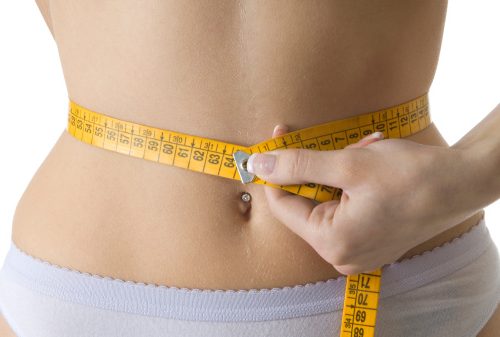 An eating disorder is a common type of psychiatric disorder that primarily affects females and if left untreated, it can result in serious physical and mental health ramifications. Approximately 8 million Americans are currently suffering with an eating disorder, and disordered eating is the psychiatric disorder with the highest mortality rate. Sadly, there is no easy fix or go-to treatment when it comes to dealing with disordered eating, and despite popular belief, a new survey has revealed that eating disorders are not something that you simply outgrow.

Recently, Dr. Cynthia Bulik, director of the University of North Carolina Eating Disorders Program and her colleagues conducted a nation-wide survey on 1,849 women aged 50 and older. “We know very little about how women aged 50 and above feel about their bodies,” said Bulik. “An unfortunate assumption is that they ‘grow out of’ body dissatisfaction and eating disorders, but no one has really bothered to ask. Since most research focuses on younger women, our goal was to capture the concerns of women in this age range to inform future research and service planning.”

The survey was titled ‘Body Image in Women 50 and Over — Tell Us What You Think and Feel,’ and the results were published in the International Journal of Eating Disorders. The average participant was white and 59 years old. Of the 1,849 participants, 27% were obese, 20% were overweight, 42% were at a healthy weight and 2% were underweight.

According to the survey, more than 70% of the participants were currently trying to lose weight and 62% of the participants felt that their weight and/or shape negatively impacted their lives. The survey also revealed that full blown eating disorders are a common type of psychiatric disorder even amongst the over 50 population. In fact, 3.5% of the participants reported binge eating in the past month, and almost 8% reported purging in the past five years. Other eating disorder behaviors that the women reported resorting to included: using diet pills (7.5%), excessively exercising (7%), taking diuretics (2.5%), using laxatives (2%) and vomiting (1%). Although these behaviors were most common amongst women in their early 50s, women over the age of 75 were not impervious to them.

– 41% of the women scrutinized their bodies daily

– 66% of the women disliked the overall appearance of their bodies

– 79% said that their weight negatively affected their self-perception

Unfortunately, people with eating disorders often go to extreme lengths to avoid treatment and most often it is the parents, family, friends and healthcare practitioners who convince them to receive the necessary treatment. The misconception that older women do not suffer with eating disorders likely prevents many older women from receiving the help that they need in order to prevent serious physical and mental health ramifications. “The bottom line is that eating disorders and weight and shape concerns don’t discriminate on the basis of age,” says Bulik. “Healthcare providers should remain alert for eating disorder symptoms and weight and shape concerns that may adversely influence women’s physical and psychological wellbeing as they mature.”