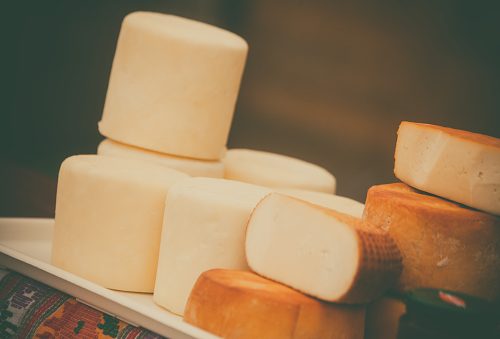 Preventing disease is something all humans want to do, and for the most part, eating a healthy diet and getting plenty of exercise seems to be the best way to achieve this. But unfortunately, this is not something everyone is capable of doing. Luckily, a new study suggests that there may be a simpler way to reduce the risk of at least one type of cancer, liver cancer, and even extend your life span. All you need to do is consume foods rich in spermidine.

Spermidine, as the name suggests, was originally derived from sperm cells. However, it can be found naturally in foods such as mushrooms, soy, whole grains, corn, and aged cheese. Spermidine is a polyamine, a compound that has at least two amino groups on its molecular structure, and previous research on the substance shows it’s associated with better heart health and increased longevity in mice. Other more recent studies have shown the compound having blood pressure lowering properties as well.

For this particular study, researchers from Texas A&M University in College Station found that spermidine increased the life span of mice by as much as 25 percent. They achieved this result by giving oral spermidine supplement to mice that were predisposed to developing hepatocellular carcinoma (HCC) or liver fibrosis—which cause a buildup of scar tissue in the liver, potentially leading to liver cancer. They discovered that the mice who were fed spermidine were much less likely to develop HCC or liver fibrosis when compared to control rodents (not given spermidine and simply observed for comparison), and they were also found to live much longer as well.
“It’s a dramatic increase in lifespan of animal models, as much as 25 percent. In human terms, that would mean that instead of living to about 81 years old, the average American could live to be over 100,” said Leyuan Liu, Ph.D. of the Institute of Biosciences & Technology at Texas A&M.

However, the researchers emphasize this 25 percent increase was only seen in the mice given lifelong supplementation of spermidine, while the rodents who received supplementation later in life only saw a 10 percent increase in life span. They go on to suggest that cancer occurs due to the lack of autophagy by cells, whereby cells degrade themselves, and the lack of this process leads to cancer. They also found that spermidine benefits diminish in the presence of a protein called MAP1S, known to trigger autophagy, and speculate that the cancer protective effects of spermidine are possibly due to its enhancement of MAP1S. Further studies are needed to explore this link.

“It’s still early, but perhaps one day this approach will provide a novel strategy to prolong lifespans, prevent or reverse liver fibrosis, and prevent, delay, or cure hepatocellular carcinoma in humans,” said Liu.

Related: What are the early signs of liver damage?