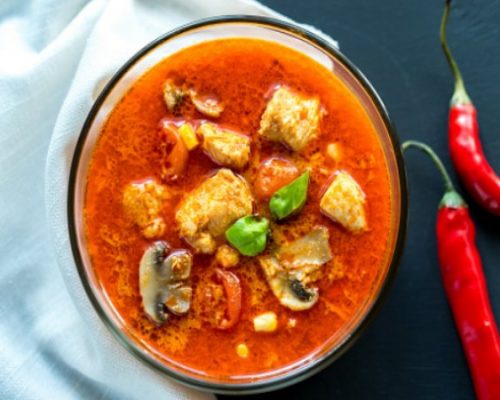 The study found that people who consumed spicy foods were more likely to be sensitive to salt, meaning they would enjoy meals with less salt.

Senior study author Zhiming Zhu explained, “Previously, a pilot study found that trace amounts of capsaicin, the chemical that gives chili peppers their pungent smell, enhanced the perception of food being salty. We wanted to test whether this effect would also reduce salt consumption.”

The researchers looked at the eating habits of 606 Chinese adults and determined whether they preferred spicy or salty food. The participant’s preferences were then compared to their blood pressure levels.

It is recommended by NHS that we only consume six grams (2,300 mg) of salt a day as a means of reducing blood pressure. Unfortunately, the average American consumes 3,400 mg or more a day as a result of a diet high in processed and packaged foods.

Even if you don’t like spicy foods, there are several other seasonings that you can experiment with on your meals to properly flavor your dishes as opposed to just salting them. This way you not only cut back on your salt intake, but you work toward reducing your blood pressure, which protects your heart.

Also Read: How to lower blood pressure quickly and naturally