Home » Hearing Health » Next time you clean your ears, check for this 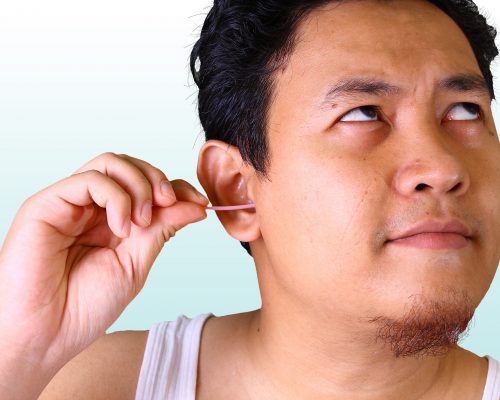 To many of us, earwax may seem pretty gross. Basically, we just want to get rid of it to avoid plugged ears or minor hearing loss. But did you know that your earwax could be giving you some insight about your health? Next time you clean your ears, you may want to pay closer attention to what’s coming out of your ears.

Look for these changes in your earwax reflecting the state of your health
.

6 things your earwax reveals about your health

It’s watery and a bit green: This could simply be your sweat leaking down into your ears and mixing with the wax. If you haven’t been sweating, but the wax is still watery, green, or yellow, it could indicate an infection.

It’s sticky or dry: The type of earwax you have could tell you something about your ancestry. Asians tend to have dryer earwax, while Africans and Europeans often have sticky or wet earwax. Researchers note this is a result of a genetic adaptation to the climate differences.

It has a strong smell: This could indicate an infection or damage to the middle ear. An accompanying symptom may be loss of balance.

It leaks out and it’s noticeable: If your earwax is leaking out it could indicate an abnormal skin growth known as cholesteatoma. Similar to a cyst, it causes debris from the ear building up inside. You may also experience some pressure and pain with cholesteatoma.

It’s barely there: Not noticing any earwax or only having the tinniest bit could indicate a very rare and not well understood condition known as keratitis obturans. Instead of coming out, the earwax continues to build up deep in the ear, causing a serious clog. You may also experience fullness or pain.

It’s flaky: This change is associated with aging. Instead of a texture similar to peanut butter, it becomes flaky due to drying glands. Nothing to worry about, though, it is just a sign that you’re getting older.