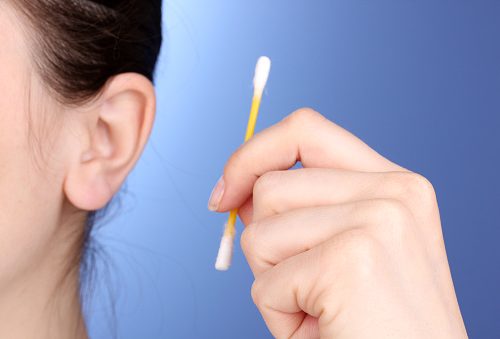 Doctors are warning that trying to remove earwax on your own may be dangerous to hearing. Produced for cleaning and protecting the ears, earwax collects dust, dirt, and other matter so that it doesn’t get into the ear and cause damage.  Dr. Seth Schwartz of the American Academy of Otolaryngology — Head and Neck Surgery Foundation explained, “There is an inclination for people to want to clean their ears because they believe earwax is an indication of uncleanliness. This misinformation leads to unsafe ear health habits.”

Activities like chewing or moving your jaw help to push earwax out. It then flakes off or washes off during showering. This is a continuous process – which in some cases can fail. When the process of self-cleaning isn’t effective, earwax can build up, partially or fully blocking the ear canal. Dr. Schwartz added, “Patients often think that they are preventing earwax from building up by cleaning out their ears with cotton swabs, paper clips, ear candles, or any number of unimaginable things that people put in their ears. The problem is that this effort to eliminate earwax is only creating further issues because the earwax is just getting pushed down and impacted farther into the ear canal. Anything that fits in the ear could cause serious harm to the ear drum and canal with the potential for temporary or even permanent damage.”
The guidelines for ear care were published in Otolaryngology — Head and Neck Surgery outlining the dangers of excessive earwax removal. Here’s what the new guidelines entail:

Next time you clean your ears, check for this