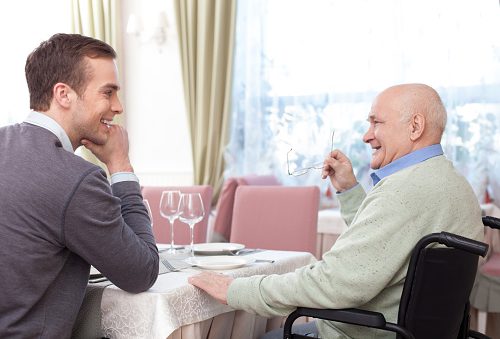 Lead and corresponding author Dr. Anne-Marie Wills said, “I suspect we may be looking at several subtypes of this disease. The patients who experience early weight loss appear to have a more severe, systemic form of the disease, possible due to involvement of the neuroendocrine system or the gastrointestinal nervous system, while those who gained weight may have a milder form of the disease.”

The researchers explored data in order to investigate the use of creatine to treat early Parkinson’s disease. The study included over 1,700 patients within five years of diagnosis who have been receiving dopamine-releasing drugs for at least 90 days to the maximum of two years. The study stopped early as creatine was found to have no effect.

Wills added, “Since this is just the first observation of this association in Parkinson’s, we cannot recommend any changes to standard clinical care right now,” she says. “But in my own practice, I try to prevent weight loss in patients, and I would recommend providers to be attentive to weight changes in their patients, even early in the disease.”

Changes in body weight and eating habits are associated with Parkinson’s disease exacerbation. First author of the study Marilena Aiello said, “The body weight and eating habits of Parkinson’s patients change as the disease progresses. In our paper, we reviewed studies on Parkinson’s that provided data on the association between non-motor symptoms and dietary habits and body weight. This way, we were able to evaluate some factors which, beyond the motor symptoms and drug treatments, might play a role in this problem.”

“The possible role of the ability to feel pleasure and motivation towards food consumption is particularly interesting. Parkinson’s patients may be somewhat lacking in this respect and therefore eat less and lose weight, whereas the weight gain exhibited after deep brain stimulation seems to point to an increase in pleasure and motivation associated with food. Specific studies are required to confirm or refute this finding emerging from the literature review. Studies like ours can help those working with these patients: awareness of the roles played by the different factors is, in fact, crucial for devising interventions aiming to minimize the effect of the deficits and restore normal weight levels in individuals who are already suffering because of the disease,” Aiello concluded.

Parkinson’s disease is a neurodegenerative disorder that affects elderly adults and is characterized by the occurrence of tremors, slow mobility, and a peculiar walk, in which the back is usually arched and the head positioned forward. Continue reading…