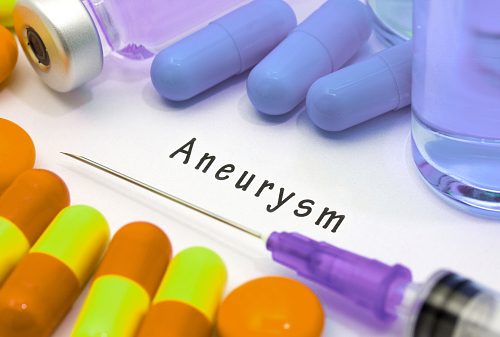 Early menopause can increase brain (cerebral) aneurysm risk. A cerebral aneurysm is an abnormal bulging of one of the arteries in the brain. It is mainly discovered by the time it ruptures, which can lead to a possible fatal bleed.

The findings are based on 76 post-menopausal women who had a cerebral aneurysm that did not rupture in many of the cases. The women were also quizzed about their reproductive and medical history.

High blood pressure, diabetes, high cholesterol, and hypothyroidism can increase the risk of stroke. Number of pregnancies can affect estrogen levels over a lifespan.

The information from the women was compared to over 4,500 participants.

Women who experienced menopause later in life and who underwent hormone replacement therapy were better protected against cerebral aneurysm, risk reduction by 21 percent and 77 percent respectively.

Early menopause – prior to the age of 40 – occurred in one in four women with cerebral aneurysm, compared to one in five women in the control group.

For every additional four years in age, the risk of cerebral aneurysm reduced by 21 percent.

Smoking was not found to affect cerebral aneurysm risk, but there was a slight association with alcohol consumption.

The authors concluded, “Loss of estrogen earlier in a woman’s life may contribute to the [development] of cerebral aneurysm. These data may identify a risk factor for [the development of this condition] and also a potential target for future therapies.”

Signs and symptoms of brain aneurysms often occur only once the aneurysm has ruptured. Unruptured aneurysms occasionally lead to symptoms including loss of vision or double vision, pain above or around the eyes, numbness or weakness of the face parts, difficulty speaking, headaches, loss of balance, difficulty concentrating, and problems with short-term memory.

Symptoms of a ruptured aneurysm include feeling sick or being sick, stiff neck or neck pain, light sensitivity, blurred or double vision, sudden confusion, loss of consciousness, seizures, and weakness on one side of the body or in any limb.

Although an unruptured aneurysm isn’t a medical emergency as it often won’t rupture, it’s still important to see your doctor when symptoms present themselves in case treatment is required. A ruptured aneurysm, on the other had, is very severe, and medical intervention must take place immediately in order to ensure the survival and to minimize the risk of complications.