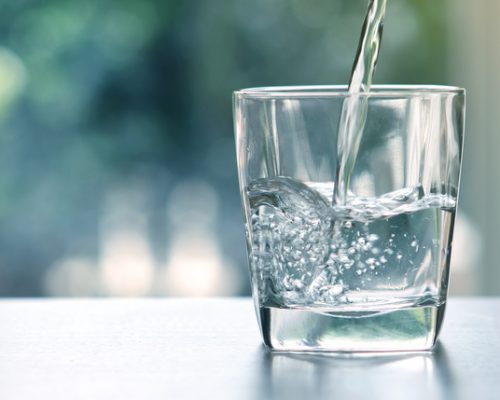 One sufferance of being a woman comes in the form of urinary tract infections (UTI). Most of us will have at least one in our lifetime, but for many, this can be a recurring issue, an incredibly uncomfortable one at that. It is guaranteed by now that we have all heard the “tried and true” ways to get rid of or avoid UTIs, but how many of them are truly effective?

For years, women have claimed that the secret to avoiding urinary tract infections is to drink plenty of water each day, and new research has found that they might actually be right this time. A recent study focused on the effects of increased water intake on female patients with recurrent UTIs.

The study participants included 140 women who all suffer from recurring UTIs. The participants were separated into two groups: the control and the experimental group. On average, the researchers found that the women drank around 1.5 liters of water each day. The control group was instructed to continue drinking their regular intake of water a day, while the experimental group was asked to double their daily intake of water, for a total of 3 liters per day. The participants were followed for a period of one year.

The results from the experimental group showed a near 50 percent decrease in the number of yearly UTIs. On average, the women who increased their water intake suffered 1.7 UTIs in the year, compared to 3.2 UTIs in the women who did not increase their water intake. This is the first study to show concrete evidence that hydration plays a role in preventing urinary tract infections.

Hydration a Factor in Reducing UTIs

“The data strongly suggest that hydration status is associated with UTI risk,” said lead study author Dr. Thomas Hooton. “If a woman has recurrent UTIs, she should consider her daily fluid intake and try to increase it to at least two to three liters a day.”

When you experience one UTI, your chances of getting another increase drastically. Within six months of the first one, 27 percent of women will experience a second. This number increases between 44 percent to 70 percent likelihood that a second UTI will occur when the period of time is increased to within a year of the first UTI.

If you are suffering from recurring urinary tract infections, be sure to visit your doctor immediately for proper treatment with antibiotics. UTIs are a serious infection that, if left untreated, can lead to further infection of the cardiovascular system and even death. Before increasing your water intake or changing your treatment plan for recurring UTIs in any way, consult your regular healthcare provider.

The findings of this study are currently limited to patients with a high risk of recurring UTIs. The researchers advise that the results may be different for those who are in the low-risk category and further studies will need to focus on this sample population to determine any differences in the effects of hydration of UTI risk.