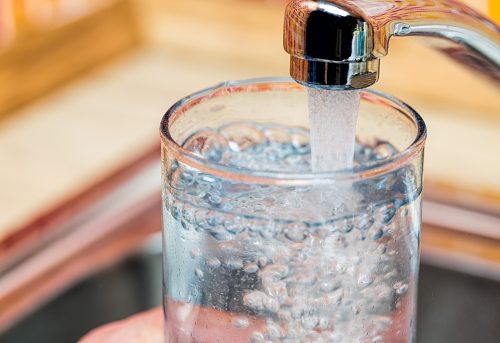 Water has been shown to have a variety of health benefits, from aiding in better skin to relieving fatigue, and a new study from the University of Illinois at Urbana-Champaign has proven that just a slight increase in your daily water intake could provide a whole host of additional benefits.

The study was conducted by professor Ruopeg An, who reviewed the dietary habits of approximately 18,300 American adults with data taken from the National Health and Nutrition Examination Survey, conducted by the National Center for Health Statistics. An observed datasets from four different periods, between 2005 and 2012, that were composed of participants’ self-reported water consumption. Each participant completed a food diary for one day, then another one between three and ten days later. Participants reported that they consumed an average of 4.2 cups of plain water daily, with an average daily caloric intake of 2,157. Of these calories, 125 were made up of sweetened beverages like coffee and tea, and 432 came from discretionary foods like desserts and snacks, not essential to a healthy diet.

An found that a one percent increase in participants’ daily water intake was associated with an 8.6 percent decrease in daily caloric intake, as well as a reduction in the amount of sugar-sweetened beverages and discretionary foods. This resulted in a decrease in the amount of sugar, sodium, fat, and cholesterol consumed daily. Furthermore, those who increased their plain water consumption by one, two, or three cups daily decreased their caloric intake by 68 to 205 calories, reduced their sodium intake by 78 to 235 milligrams, and consumed five to 18 grams less sugar and seven to 21 milligrams less cholesterol daily. An commented on the span of these effects, stating “The impact of plain water intake on diet was similar across race/ethnicity, education, and income levels and body weight status. This finding indicates that it might be sufficient to design and deliver universal nutrition interventions and education campaigns that promote plain water consumption in replacement of beverages with calories in diverse population subgroups without profound concerns about message and strategy customization.” Increasing an individual’s daily plain water intake by as little as one percent is an achievable goal for many populations worldwide, meaning it is an applicable strategy to increase overall health.
Drinking water has always been associated with a healthy lifestyle, and these new findings show that just a slight increase in your daily intake may reduce your intake of cholesterol, sodium, sugars and fats—all associated with poorer health and the development of metabolic and cardiovascular disorders.