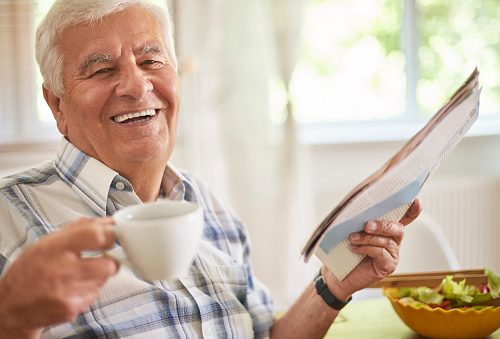 Many studies on coffee have boasted its positive effects on our health. Coffee can supposedly burn fat, improve physical performance, and even prevent some types of cancer. Previous studies have even linked coffee consumption to living a longer life.

While coffee is one of the most widely consumed beverages around the world, it may be hard to believe that drinking the stuff can actually make you live longer. But this is exactly what a new study, carried out on a Mediterranean population, has concluded. Drinking coffee reduces all causes of mortality.

Looking at the data

The study in question involved the 19,896 participants of the SUN Project—Seguimiento Universidad de Navarra (SUN) Project—which was a long term prospective cohort study that began in 1999 and included more than 22,500 Spanish university graduates.

The participants were followed for a period of ten years. Additional information was obtained from the participants and their family members for the duration of the study.

At the end of the study, it was found that 337 participants had died.

By going over the numbers, the researchers concluded that those who consumed at least four cups of coffee per day were associated with a 64 percent lower risk of all-cause mortality when compared to those who never or almost never consumed coffee.

All-cause mortality refers to all deaths that occur in a population, regardless of the cause. During clinical trials, this term is used as an indicator of the safety or dangers of an intervention.


Considering the study was carried out in a primarily Mediterranean population, other factors such as adherence to a Mediterranean diet, sex, and age were examined to determine if there were other influences on death rates. Coffee consumption was found to independently affect mortality.

Drinking coffee also seemed to have a significant association with the age of the drinker. Those over the 45 years of age or older who drank an additional two cups of coffee per day were associated with a 30 percent lower risk of mortality. A strong association between younger participants was not seen.

“In the SUN project, we found an inverse association between drinking coffee and the risk of all-cause mortality, particularly in people aged 45 years and above. This may be due to a stronger protective association among older participants. Our findings suggest that drinking four cups of coffee each day can be part of a healthy diet in healthy people,” said Dr. Adela Navarro, a cardiologist at Hospital de Navarra in Pamplona, Spain.

Why you may want to switch up your morning coffee

Coffee and herbal tea may help protect the liver from an unhealthy diet: Study