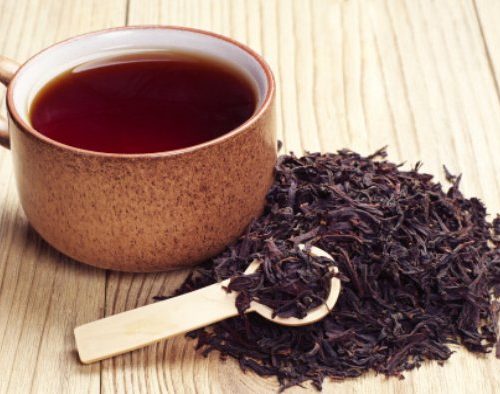 Our gut is filled with millions of bacteria that help us digest and process our food, but they also have an effect on our immune system. New research has shown that a particular gut microbe can prevent severe flu infection in mouse studies by breaking down compounds commonly found in black tea, red wine, and blueberries.

The breakdown products are thought to derive from a substance called flavonoids—a class of plant and fungus metabolite.

Researchers at Washington University School of Medicine in St. Louis found that flavonoids are effective at preventing severe damage from the flu.

“For years, flavonoids have been thought to have protective properties that help regulate the immune system to fight infections. Flavonoids are common in our diets, so an important implication of our study is that it’s possible flavonoids work with gut microbes to protect us from flu and other viral infections. Obviously, we need to learn more, but our results are intriguing,” said first author Ashley L. Steed, MD, Ph.D.

The flu is more than just a cold

The flu can be a devastating infection and sometimes deadly when affecting particular demographics. It is characterized by fever, cough, and body aches, with older adults, young children, pregnant women, and those with chronic health problems at higher risk of serious complications.

An average of 113 children dies from influenza in the U.S. every year. Worldwide, influenza is estimated to kill roughly 250,000 to 500,000 annually, according to the World health organization.

The purpose of this study was to find out which microbes in the gut are responsible for the protective effect against severe influenza infections.

The researchers were able to identify at least one type of bacteria that uses flavonoids to boost interferon—a signaling molecule that aids in the immune response. Mice who consumed flavonoids were found to have more interferon, preventing influenza-related lung damage.

The identified bacteria is called Clostridium orbiscindens and it degrades flavonoids to produce the metabolite, called desaminotyrosine (DAT), which boosts interferon signaling. The researchers go on to say that it is not enough to consume flavonoids without having this essential gut microbe—you need both.

“[But] with DAT, it may be possible to keep people from getting quite as sick if they do become infected. This strategy doesn’t target the virus. Instead, it targets the immune response to the virus. That could be valuable because there are challenges with therapies and vaccines that target the virus due to changes in the influenza virus that occur over time.”

Further studies are currently being carried out in an attempt to discover other gut microbes that display a similar effect. According to the researchers, drinking black tea or eating food rich in flavonoids might not be a bad idea before the next flu season begins.