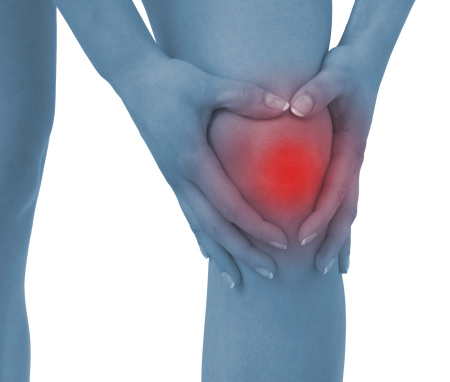 Osteoarthritis pertains to the inflammation of joints, resulting in joint stiffness and pain.  This musculoskeletal disorder has been reported to affect almost 40% of the elderly population across the globe.  Health organizations have been concerned about the growing number of cases of osteoarthritis because it is well known that this condition associated with inflammation, pain, and a deterioration of the quality of life among the elderly.  In more severe cases of osteoarthritis, disability occurs, thus requiring assistance in performing their daily tasks.

Both physicians and scientists has thus embarked on comprehensive investigations on the causes of osteoarthritis, in the hope that the primary causes of joint stiffness and inflammation may alleviate the level of pain that elderly individuals experience.  Previous research efforts have shown that osteoarthritis may be caused by two major factors, namely genetic variables that may change from one individual to another, as well as environmental factors, which consists of the quality of air, exposure to chemicals, and the type of food consumed on a regular basis.

According to a recent medical report published in the journal Lancet, osteoarthritis may be caused by mutations in a least five genes in the cells of the body.  The investigators of the genetic study explained that mutations are tiny changes within the deoxyribonucleic acid (DNA) sequence of the cell, which in turn may trigger modifications in specific proteins that play important roles in the functioning of the body.

The Genetic Approach to Inflammation

The genetic approach conducted in the study involved isolating the DNA from approximately 7,410 patients who were positively diagnosed with osteoarthritis and have been suffering from inflammation, joint stiffness, and pain for several years.  These study participants were selected based on the severity of their pain, of which approximately 80% had already undergone joint replacement either in the knee or hip.  As control, approximately 11,009 healthy individuals were invited to participate in the genetic screening.

The results of the study showed the GNL3 gene was commonly mutated among the patients with osteoarthritis.  This gene is responsible for the production of the nucleostemin protein, which plays a major role in the control of cell division and the maturation of various immature cells.  A mutation in the GNL3 gene may thus result in a lack of cells that can replace defective ones, especially the chondrocytes or cartilage cells, which are strongly associated with inflammation of the joints and pain in osteoarthritis.  This result suggested that deterioration of the cartilage and bones of an individual may increase the likelihood of development inflammation and pain, which are hallmark features of osteoarthritis.

Another gene that was identified in the screening assay was the FTO gene, which is responsible for the onset of obesity and fat deposition.  Analysis has shown that certain variants of the FTO gene may increase the likelihood of developing not only obesity, but diabetes as well.  This gene marker thus strengthens previous medical evidence that excessive weight gain may increase the chances of developing inflammation of the joints, thus resulting in pain and disability.  It is therefore important to regulate the amount of sugar-rich food items that are consumed on a regular basis, to ultimately control weight gain and prevent the occurrence of joint stiffness, pain, and inflammation.

The study also identified the GLT8D1 gene as being commonly mutated among osteoarthritis patients.  This gene is responsible for the production of an enzyme called glycosyltransferase, which moves sugar molecules to water, possibly for its excretion or absorption in the body.  A mutation in this gene may result in a poor capacity to transfer glucose molecules, thus increasing the chances of retaining glucose in the body, which a major symptoms of diabetes.

The recent medical report has shown that there are a number of genes that are associated with symptoms of osteoarthritis, such as those involving the production of cartilage cells, deposition of fat, and the regulation of body.  It is thus possible to adapt lifestyle changes that may slower the rate of the occurrence of symptoms of osteoarthritis and ultimately prevent its occurrence.