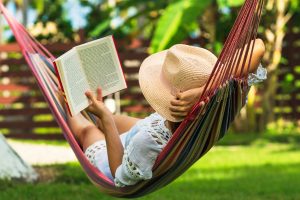 There’s no doubt that not having enough time can lead to stress and anxiety. It’s easy to feel trapped under the pressure and lose your sense of self and what’s important.

But new research has found that the opposite can be true too. Too much free time may diminish the sense of well-being, potentially creating anxiety and poor life satisfaction.

The study used a couple of surveys to determine how free time affected well-being. The first was of more than 13,600 working adults. It found that those with the least free time – about an hour per day – gave the lowest ratings on life satisfaction.

A second survey with 21,700 participants, employed and not employed, found that people with too much free time also gave low scores on life satisfaction.

Overall, the researchers determined that the benefits of free time seemed to plateau at about two hours per day, while well-being started to dip when people had five hours of free time per day.

Researchers believe the reason too much free time diminished well-being is because it made people feel unproductive. They distinguished between being productive and being busy, as well.
“Busy” was defined more as having something to do – something they defined as a status symbol – but that may not make people feel productive. Being “productive” was related to a sense of purpose and wellbeing.

Free time was ultimately defined as time to do what you want, not obligatory activities like work, chores, appointments, etc.

One way to combat the potential downside of too much free time is to think about how you’re spending that time. Experts suggest that doing things you consider “productive” can almost certainly boost life satisfaction.

Opinions of “productive” vary between individuals, so think about how it makes you feel. If you feel stimulated, immersed, and like you’re in the “zone,” you’re likely doing something productive.

This can include exercise, woodworking, gardening, or other projects. Even reading may fall into this category for some.

Unproductive would generally be non-stimulating activities, like television or scrolling.