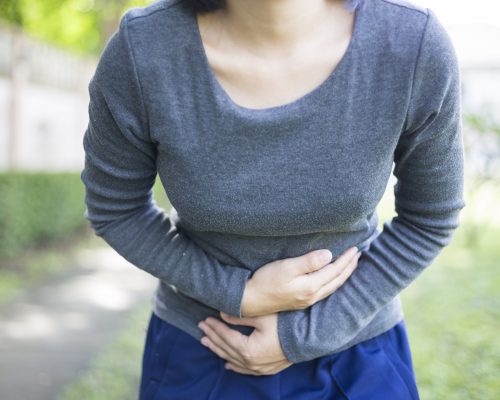 Diverticulitis and irritable bowel syndrome (IBS) are health conditions that affect the gastrointestinal system and, more specifically, the colon. Diverticulitis is brought on by infection or rupture of diverticula, which are bulges forming in the lower part of the large intestine or colon.

The risk of developing diverticula is usually higher for people over 40. Diverticula themselves do not cause many problems, but once the condition progresses into diverticulitis, it can be quite severe, leading to pain, nausea, and changes to bowels.

IBS is a functional disorder, which means, it is not a disease per se, so the symptoms don’t have an identifiable cause. Those affected show no clinical signs of a disease and often have normal test results. IBS is often referred to as spastic colitis or mucous colitis, but that’s an erroneous nomenclature, as itis signifies inflammation, and IBS does not cause inflammation.

Roughly, two million people in the U.S. suffer from diverticular disease. Prevalence rate is one in 136, or 0.74 percent. Annually, 300,000 new cases of diverticulitis are diagnosed.

Although not all individuals with IBS symptoms seek medical care, there are between 2.4 and 3.5 million annual physician visits for IBS in the United States alone. The severity of symptoms varies. Among patients with IBS, 25 percent have severe IBS, 35 percent have moderate IBS, and about 40 percent of patients have mild IBS.

Signs and symptoms of diverticulitis include severe pain in the lower left side of the abdomen (sometimes lasting for days), nausea and vomiting, fever, abdominal tenderness, constipation, and in some cases diarrhea (a less common symptom).

The muscles in the colon of an IBS patient contract more readily than in normal people, leading to the various symptoms including:

Weak spots along the bottom of the large intestine can prompt the formation of diverticula. When pressure is added, bulges form. These bulges, or pouches, may protrude through the colon wall. When they burst or get infected, this marks the diagnosis of diverticulitis. It is worth noting that diverticula themselves do not necessarily create symptoms.

There is still a lot of debate over the actual cause of IBS. While stress is no doubt an important aspect, researchers believe that the main cause of IBS is a disruption of communication between the brain and the gut.

Researchers observed that people with IBS exhibit irregular colon motility patterns as a result of an unusual sensitivity in the nerve endings in the bowel. Hence, the term “irritable.” Because of this heightened sensitiveness, ordinary stimuli — eating, stress, hormonal changes, gaseous distension, and certain medicines or foods — can trigger an exaggerated response in people with IBS, causing irregular colon motility.

Risk factors that can increase a person’s risk of developing diverticulitis include older age, obesity, smoking, lack of exercise, diet high in animal fat and low in fiber, and certain medications.

Complications that can arise from diverticulitis include the development of an abscess, a blockage of the colon or small intestine, the formation of fistulas, and peritonitis – if the inflamed pouches rupture spilling intestinal contents into the abdomen.

IBS complications include diarrhea or constipation, aggravating hemorrhoids, and intolerance to certain foods. IBS may cause you to have a reduced quality of life as you must be mindful of what you eat, which could lead to depression. Make sure to take care of your mental health if you’re living with IBS, as mental problems could worsen your condition.

To properly diagnose diverticulitis, your doctor will conduct a physical examination, checking your abdomen and pelvic region. Other tests include blood tests, pregnancy test for women, liver function tests, stool tests, and CT scans, which can help gauge severity of diverticulitis.

IBS diagnosis isn’t simple, as there isn’t a specific test and you can’t diagnose the syndrome based on blood work. Your doctor will review your symptoms and rule out other conditions that may cause similar symptoms. Some red flags indicating a more serious condition are unexplained weight loss, swelling or lump in the stomach, rectal bleeding, and anemia.

Medical treatments for diverticulitis include antibiotics to treat infection, liquid diet to allow bowels to heal, and over-the-counter pain relievers. In complicated cases of diverticulitis, surgery may be required, such as primary bowel resection, where the affected part of the intestine is removed and the rest of it is reconnected. Another option is bowel resection with colostomy if it is impossible to reconnect the colon to the rectum due to inflammation.

If diverticulitis is causing pain, there are home remedies you can try for relief. To reduce muscle cramping caused by diverticulitis, you can apply heat to the abdomen. Meditation, too, may be beneficial for pain management. If you still need to opt for a pain reliever, stay away from ibuprofen (Advil) and reach for acetaminophen (Tylenol) instead.

There are also some preventative measures you can try to lower your risk of developing diverticulitis.

Regular exercise, in particular, is beneficial for diverticulitis prevention, because it helps keep bowels regular and reduce pressure on the colon. Added pressure can result in the formation of diverticula.

Fiber is essential for bowel regularity, too. And, in this vein, staying hydrated helps. Although fiber can help you stay regular, without enough fluids it can have the opposite effect. Staying hydrated improves bodily functions, so it’s important to drink enough water.

As the cause of irritable bowel syndrome is not clear, IBS treatment focuses on symptom relief to help you live as normal of a life as possible.