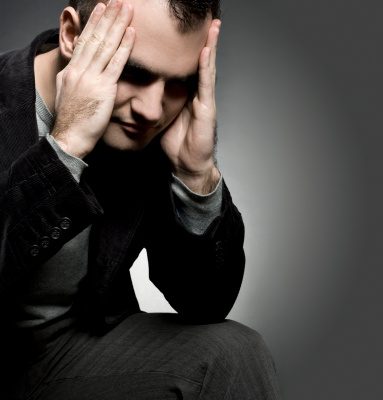 The mind over matter theory pertains to the control of pain by directing the brain to focus on other things in order to prevent the body to overtly respond to external stimuli that might inflict pain.  This theory on pain relief is often mistaken for the notion that the mind is generally stronger than the body, which may be quite misleading and beyond the scope of the medical field.  The simplest application of mind over matter theory for pain relief can be visualized in a scenario involving a toddler that is being photographed in a studio.  The photographer will usually ask the parent to play with the toddler from a distance as he or she takes pictures of the child. This playful interaction between the parent and child usually distracts the toddler from the blinding flashes of light coming from the camera.  For this child, playing serves as a pain relief measure from the discomfort of bright lights on his or her eyes.

For several years, research investigators have attempted in resolving the actual mechanism responsible for the mind over matter theory for pain relief, proposing different explanations on how pain relief is achieved through various alternative techniques.  The identification of techniques in relieving sharp pain associated with chronic diseases may also be helpful in preserving the quality of life of patients.  It has also been reported that most patients lose interest in daily activities when they experience constant pain due to their illness and thus the administration of an effective pain relief treatment may improve the general condition of these patients.

In a recent study published in the journal PLoS ONE, the results of the direct application of the mind over matter theory in relation to pain relief was tested using a study population that is known to be highly responsive to external factors, including sharp pain.  The study participants in the research involved patients positively diagnosed with borderline personality disorder, which is a mental health condition that is characterized by mood swings and hyper-reactivity to external stimuli.  This disorder, if left undiagnosed and untreated for an extended duration of time, may eventually develop in paranoia and schizophrenia.  Borderline personality disorder is often regarded as a dramatic personality disorder, whereas paranoia is often considered as the odd personality disorder.

The proponents of the research study chose to involve subjects diagnosed with borderline personality disorder based on their capacity to immediately respond to pain, as compared to normal, healthy individuals.  In addition, these individuals have a limited capacity in processing emotional responses to external stimuli including sharp pain and this is attributable to the lower activity of the specific processing center of the brain, namely the amygdala.  This particular brain condition thus allows the researchers to directly assess the effects of various external factors related to pain.  The information gathered from this type of investigation may ultimately help in the design of pain relief strategies that are associated with various types of chronic diseases.  For controls, the research study included healthy, normal individuals that were subjected to the same degree of pain and their actual need for pain relief during the experimentation.

The results of the study showed that when the patients with borderline personality disorder were simultaneously subjected to specific example of pain and a photograph that depicted an emotionally arousing scenario, these individuals experienced a higher level of pain as compared to the normal healthy individuals.  These observations suggest that the actual processing of information by these patients is dysfunctional, thus resulting in an uncontrolled perception of pain.

This research study allows further understanding of how the brain processes emotions and translates these as pain.  It is thus possible that the same mechanism occurs in other patients that have been diagnosed with other severe diseases that are associated with sharp pain, including cancer and cardiovascular disorders.  The stability of the brain, in terms of controlling emotions, may thus generate sharp pain in the body, despite the actual low level of the stimuli.  If patients experiencing sharp pain are made to focus on other things, it may thus be possible that the level of sharp pain decreases.  The control of sharp pain may also improve the quality of life of patients.

The report may also be applied in the development of pain relief medications, in which new drugs may be manufactured yet are still discovered to be ineffective to patients experiencing sharp pain.  It is possible that this sharp pain may be partly due to the medical disease itself, yet the input of the brain may also increase its impact.