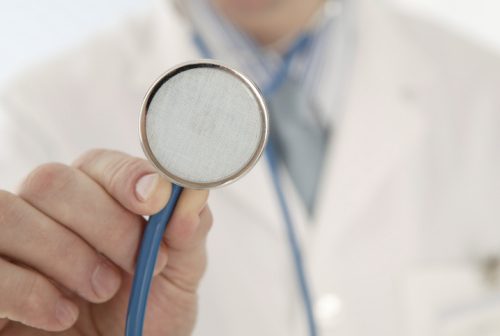 Hurricane Sandy recently hit North America, putting millions of people to a loss in electricity and heat, high levels of freezing water, and damage to properties and homes.  To date, the effects of this natural disaster could still be felt, especially in the subways of New York City and power lines in Toronto.  The consequences of Hurricane Sandy have also cost the lives of at least a hundred individuals and thus, emergency measures that address the effects of natural disasters are definitely needed in case another incident occurs in the future.

Natural disasters have always been considered as huge public health problems because it often affects human health.  For example, a major earthquake such as that in Haiti in 2010 not only resulted in damages to buildings and homes, but may also claimed the lives of more than 20,000 people living in the area.  Several preventative measures have been put in place for particular catastrophes; however, there always seems to be some sort of damage that stays behind.

Reports have indicated that the Americas are associated with a high risk for natural disasters.  The main reason behind this trend is the geographic location of the Americas, in which it is situated above tectonic plates, or the surface of the Earth that naturally moves through time.  Also, the Americas are surrounded by water and these may be associated with the occurrence of tsunamis, floods, and torrential rains.  It may thus be possible to experience major natural disasters at any point in time and thus the establishment of emergency and preventive steps may reduce the possible damage to property and life.

RELATED READING:  Painkillers and the Strange Connection to Hearing Loss

The impact of natural disasters on human health is generally observed through the spread of infectious diseases.  Depending on the impact of the natural disaster, emergency cases may suddenly rise and overwhelm major hospitals and clinics.  Preventative measures that could reduce damage to homes and buildings may also help decrease the number and severity of emergency treatments that would be needed during a disaster.  For developing countries, preventative measures against damage due to catastrophes may be quite difficult to establish, including those related to emergency medical treatments.

According to a recent report, natural disasters are linked to problems in human health, such as trauma and heart diseases.  People are displaced to evacuation centers as an emergency response as also as a preventative action against further devastation.  There have also been reports that the elderly often suffer from heart ailments due to the shock and fear of experiencing a natural disaster.  Development of new medical conditions amid an existing heart ailment may also be more difficult to treat.

The recent medical report also identified a number of infectious diseases that occur soon after a catastrophe has hit a certain area.  For example, intense floods are associated with bacterial, viral, and parasitic infections caused by the exposure to contaminated water.  Not only could this cause illness in people, but also worsen the existing heart ailments in certain individuals.  Most of these infections require emergency treatment as a preventative measure against further complications to existing diseases such as those involving the heart.

Infectious diseases are caused by the transmission of these pathogens through floodwaters and these often originate from infected livestock and rats.  Having floodwaters remain within a low-lying community may also increase the chances of infection and thus it is important to have emergency measures to remove these waters as soon as possible, as a preventative action against possible infection.

The impact of natural disasters can often be difficult to take to heart, yet it is important to understand that these events not only result in damage to property but may also generate diseases, including those involving the heart.  It is thus essential that preventative measures be taken to address major catastrophes to reduce the incidence of infectious and non-infectious diseases such those affecting the heart.

Related Reading: Why climate change affects more than the environment