Home » Health News » What Are the Different Types of Arrhythmias? 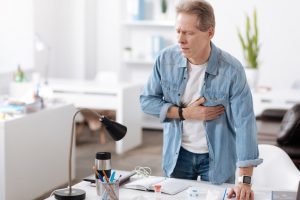 You likely have heard the term arrhythmia, but what many people don’t realize is that there are many different types of arrhythmias. They are classified according to where they happen in the heart and by what they do to the heart’s rhythm.

Essentially, the arrhythmia is a problem with the rate or rhythm of your heartbeat. Many different factors can affect heart rhythm and bring about the different types of arrhythmias.

Arrhythmia can cause the heart to beat faster than normal, too slowly, or with an irregular rhythm. If someone’s heart is beating faster than it should, it is referred to as tachycardia but if it is too slow, it is called bradycardia. Atrial fibrillation happens to be the most common among the types of arrhythmias.

Arrhythmias occur in the atria (upper chamber) or ventricles (lower chamber) of the heart.

Since not all arrhythmias are alike, the following list of different types of arrhythmias can help put this condition into perspective.

The most common form of arrhythmia is called AFib for short. It happens when the upper chambers of the heart quiver as opposed to beating regularly. It’s a type of arrhythmia that tends to appear as people age. Atrial fibrillation can come and go or be persistent. If it’s left untreated, it can cause stroke and weaken the heart to the point where it can lead to heart failure.

Someone who suffers from AFib can experience palpitations, fatigue, chest discomfort, as well as shortness of breath. There are some people with AFib who don’t have any symptoms and the problem is discovered during a routine check-up. This type of arrhythmia is typically treated with medication, cardiac surgery, implantable devices, and approaches to try to adjust the heart’s electrical system.

This type of arrhythmia is similar to AFib; however, the fast heartbeat can be more regular. Over time, many people who have atrial flutter develop atrial fibrillation. With atrial flutter, electrical impulses circulate very fast around the atria. This causes the atria to beat much faster than it should. Since the bottom chambers of the heart (ventricles) can’t beat that fast, it puts the heart under stress. It can cause blood clots, which can lead to stroke.

Symptoms of atrial flutter include fluttering in the chest, the pressure in the chest, shortness of breath, feeling lightheaded, and fainting. Like AFib, it can increase the risk of heart failure. Atrial flutter is treated with medications and a defibrillator to give electrical shocks to the heart. There is also a procedure called catheter ablation that treats this condition.

This type of heart arrhythmia is known as a slow heartbeat. When the heart rate is too slow, not enough blood reaches the brain and this means a person can lose consciousness. If an adult has a heart rate that is slower than 60 beats per minute, it could be bradycardia. If someone is really physically fit, it might be normal to have a slower heart rate.

Bradyarrhythmias can be due to heart attacks, underactive thyroid gland, aging, or an imbalance of chemicals or other substances in the blood. There are cases where medicines can even cause a slow heartbeat. Bradycardia can also happen as a result of a condition called severe bundle branch block. This means the electrical signal traveling along electrical pathways between the ventricles, called “bundle branches,” is delayed or blocked.

If this is the case, ventricles don’t contract at the same time so the heart has to work harder to pump blood to the body. Bundle branch block is usually caused by an existing heart condition. Fatigue, dizziness, and fainting are typical bradycardia symptoms. Implanting a pacemaker usually treats this arrhythmia.

This is a common type of heart arrhythmia whereby the heart beats faster than normal while at rest. In some cases, tachycardia doesn’t cause any symptoms or complications; however, when symptoms are left untreated, the condition can lead to stroke, heart failure, cardiac arrest, or death. Medications, various medical procedures, or surgery may be able to keep tachycardia under control or manage the condition that is contributing to it.

An abnormal electrical circuit or cells rapidly firing in the upper heart chambers often cause SVT. It can last from just a few seconds to several hours. This type of arrhythmia is usually not life-threatening. Although some people have symptoms of palpitations, feeling lightheaded, and having shortness of breath, treatment can help control it.

People with the occasional episode of supraventricular tachycardia live relatively healthy lives. Treatment can range from simple lifestyle changes to ablation procedures. Ablation uses energy to scar part of the heart’s tissue, which can prevent irregular impulses from traveling to the rest of the heart.

This is an abnormal heart rhythm of the ventricles. It’s often detected when a doctor hears three or more beats in a row coming from one of the ventricles. It can keep the lower heart chambers from maintaining proper blood flow, which can lead to low blood pressure or even heart failure.

Symptoms include heart palpitations, shortness of breath, chest discomfort, pale skin, and fainting. Cardiopulmonary resuscitation, defibrillation, medications, ablation, and open-heart surgery are all treatment options. There are cases where an automatic defibrillator is installed in the heart to deliver shocks as needed.

With ventricular tachycardia or V-tach, abnormal electrical signals cause the heart to beat faster than it should, usually 100 or more beats a minute, out of sync with the upper chambers of the heart. This means that your heart may not be able to pump enough blood to the body, including the lungs.

V-tach can last a few seconds or for much longer. Symptoms of dizziness, palpitations, and losing consciousness are common with this type of arrhythmia. There are cases where V-tach can cause sudden cardiac arrest.

This is a rhythm problem of the heart that happens when the heart beats with rapid and erratic electrical activity. Usually, it leads to the heart ventricles quivering instead of pumping blood. It can trigger a heart attack and cut off blood supply to vital organs.

Ventricular fibrillation requires immediate medical attention. It is the most frequent cause of sudden cardiac death. CPR and shocks to the heart are the typical emergency treatments. Medications and implantable devices have been known to restore normal heart rhythm.

PVC’s as they are called are extra heartbeats that begin in one of the two ventricles. They disrupt heart rhythm, leading to a fluttering or skipped beat feeling in the chest. PVC’s actually happen to a lot of people. If this includes you and you’re otherwise healthy, there is likely no reason to be concerned and no treatment is required. If it happens a lot or you have an underlying heart problem, you might need to be treated.

This is a class of heart arrhythmia characterized by premature heartbeats in the atria. Some doctors call this premature atrial contraction. The common symptom is heart palpitations. These palpitations can feel like your heartbeat is extra fast, extra slow, or irregularly timed. Really, APC’s happen when the heartbeat occurs early in the heart cycle. These premature beats can happen without you feeling them. The good news – they are usually nothing to be worried about.

This is actually a group of arrhythmias in which the heart’s sinus node doesn’t work properly. Think of the node as the heart’s natural pacemaker. The sinus node in the upper chamber of the heart controls the rhythm of our hearts. In people who suffer from sick sinus syndrome, the heart rhythms are too fast, too slow, characterized by long pauses, or a combination of these rhythms. A lot of people with this arrhythmia require a pacemaker at some point.

With bigeminy, each normal heartbeat is followed by a beat that is much quicker than what is considered normal. So, what you have is a series of long and short beats. This condition is due to ectopic beats that happen so often that there is one after each normal electrical activity within the heart.

When there is a repetitive series of two normal beats and one premature heartbeat, it is called a trigeminy. Every third heartbeat is considered ectopic as it starts from an area outside the sinus node that sets the heart’s rhythm. It’s a condition that is also referred to as trigeminy PVC. Trigeminy can bring on many different cardiac symptoms and is most common in people who have disorders, such as coronary artery disease and cardiomyopathy.

So as you can see, all arrhythmias are not alike and while some are a minor nuisance, others signal that something could be seriously wrong. When anyone experiences heart-related symptoms they should not hesitate in seeking medical attention immediately since in many cases arrhythmias can be life-threatening.