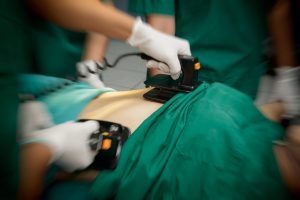 Ventricular fibrillation is a heart rhythm problem characterized by rapid and erratic electrical impulses. As a result, the heart’s ventricles (pumping chambers) quiver in vain instead of pumping blood.

Ventricular fibrillation can be brought on by a heart attack and can cause a severe drop in blood pressure, reducing the blood flow to vital organs and thus increasing the risk of complications.

Causes and symptoms of ventricular fibrillation

The exact cause of ventricular fibrillation is unknown, but the condition often stems from a problem with electrical pulses travelling through the heart as a result of a heart attack or other conditions that cause scarring of the heart muscle.

Some cases of ventricular fibrillation may begin as ventricular tachycardia (VT), which speeds up the heart rate. This is caused by abnormal electrical impulses in the ventricles.

The most common symptom of ventricular fibrillation is fainting or loss of consciousness. Earlier symptoms may include chest pains, dizziness, nausea, a rapid, fluttering heart rate, and shortness of breath. These other symptoms may present up to one hour prior to fainting. Spotting these symptoms can help you recognize the oncoming threat and prevent fainting. 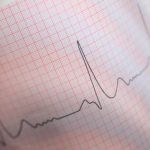 Atrial fibrillation is a disconnect that takes place in the atria of the heart. The atria act as the heart’s collecting chambers that send blood in an efficient rhythm to the pumping chambers (ventricles) by way of regular electrical signals. From there, blood is pumped to the rest of the body. If a person has atrial fibrillation, the electrical signals are fast, irregular, and often disorganized. When the signals are disorganized, the heart may not pump efficiently. The body may get small amounts of blood or sometimes it will receive larger amounts of blood. The amount will really depend on how much blood has flowed from the atria through to the ventricles with each beat.

Unlike ventricular fibrillation, atrial fibrillation can be well managed with medications and won’t result in sudden cardiac death.

Diagnostic tests for ventricular fibrillation include an X-ray of the heart, an echocardiogram, an electrophysiology study where electrodes in the heart measure the organ’s electrical functioning, Holter monitoring, and a stress test where you are monitored during exercise.

Your doctor may also perform T-waves alternans testing, which monitors slight changes in your electrocardiogram’s T wave during gentle exercise. A T wave is known for its unsteady behavior. This test is useful in predicting a person’s risk for ventricular fibrillation.

Other accompanying tests your doctor may run include blood tests, MRIs, coronary catheterization, and CT scans. 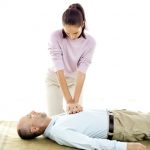 Ventricular fibrillation must be treated immediately or else it can lead to sudden cardiac death. In emergency treatment, blood flow is restored to the rest of the body in order to prevent complications. Emergency treatments include cardiopulmonary resuscitation (CPR), which mimics the pumping motion of the heart, and defibrillation, where electrical shocks are delivered to stop the heart’s erratic rhythm.

Other treatments that can help lower the risk of future episodes include medications, implantable cardioverter-defibrillator, coronary angioplasty and stent placement, and coronary bypass surgery.