Home » Uncategorized » Dieting Could Be Dangerous for Your Heart 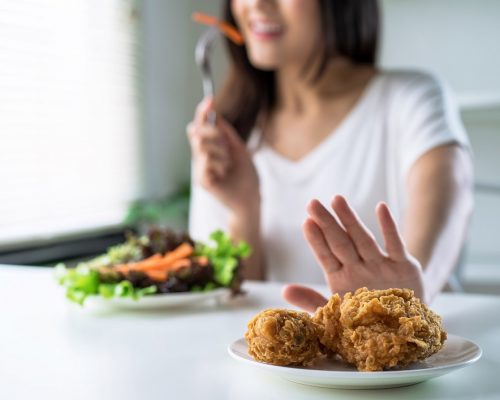 Since the early 1900s, dieting has been used to help people lose weight and get healthier. At least theoretically. Most of them won’t work and will likely leave you worse off than you were before.

One of the first recorded “fad” diets was the “chewing diet.” It claimed that people could lose weight by chewing their food long enough that it became a liquid. Doing so would supposedly stop overeating.

Much to your surprise, this one does not seem as bad as some contemporary options.

The reason that diets—and particularly “fad” diets—don’t work is that they are unsustainable and generally based on severe limitations. All juice, no this, and no that puts severe restrictions on what you can and cannot consume, ultimately resulting in a massive rebound.

These diets may certainly result in some short-term weight loss. But most people not only regain lost weight, they add more. Further, these diets may lead to permanent metabolic damage that can make weight loss harder in the future.

The yo-yo dieting can end up having a negative effect on your heart, as it deals with bouts of weight loss and further weight gain.

Lastly, all of this is very frustrating and defeating for dieters, who feel like nothing they do can help them get healthier.

But there is something you can do: it’s abandoning the idea of dieting and instead adopting healthy, sustainable eating habits.

Heart health and weight loss are all about good habits and having a positive long-term relationship with food. It’s about making healthy food choices most of the time and still allowing yourself time for the occasional ice cream or pizza.

Ultimately, it’s about doing something you can stick to.

So, instead of trying a new diet this year, try including more fruits, veggies, whole grains, nuts, and lean proteins into your lifestyle. Try to scale back on processed foods and snacks, reserving them for special occasions.

Of course, it is advised to follow any specific dietary instructions from your doctor to help treat or manage a health condition.

For the most part, when it comes to a healthy weight and heart health, sustainable nutrition habits are the most effective.