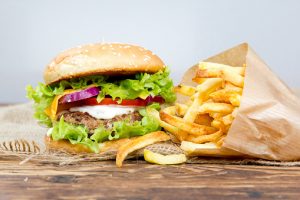 Every now and then, we may forget where we put our keys, struggle to recall a friend’s name, or even miss a relative’s birthday. As we age, these things happen more and more frequently, so we tend to blame our failing memory on the old age. Well, a recent study revealed another source of your forgetfulness – and it has nothing to do with your age.

Although the connection may still be unclear, researchers believe it may have something to do with the gene apolipoprotein E, or APOE. APOE is associated with cholesterol in the blood, while carrying a variant of this gene – APOE4 – increases one’s risk of Alzheimer’s disease.

Dr. Gad Marshall, professor at Harvard Medical School, explained, “About 65 percent of individuals who wind up with dementia due to Alzheimer’s disease in their 60s and 70s have that gene.”
The researchers have also uncovered that the buildup of cholesterol plaques in cerebral blood vessels can damage brain tissue, leading to silent strokes and impairing brain function.

A known risk factor for high cholesterol, saturated fat is found in high amounts in a typical Western diet. With prominence of red meat and fried foods on our menu, there is no doubt we eat saturated fat in excess.

Along with the association between high cholesterol and heart health problems, the negative impact of saturated fats on your memory should also prompt you to start eating healthy right away.

Foods that mess with your memory

Here is a list of foods that could be stealing your memories.

These five foods have been found to have a negative impact on cognitive function and memory. You may choose to limit your consumption of these foods or avoid them altogether as a means of preserving your precious memory.