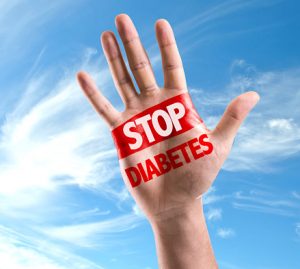 Since the 1980s the rate of diabetes has been going up, but new findings suggest that it may be slowing down. The findings come from the Centers for Disease Control and Prevention (CDC), confirming that the U.S. population is seeing a slight decline in diabetes cases.

Frank Hu, M.D., Ph.D., from the Harvard T.H. Chan School of Public Health spoke to reporters at the Harvard Gazette in an interview regarding to the findings presented by the CDC. When asked what the significance of the numbers was, Dr. Hu replied, “I think the new data confirmed that the trend we have been seeing in the past several years is not an artifact; it’s real. So I think that’s good news. The number of people diagnosed with diabetes increased dramatically from early 1990s until 2010-2011, then plateaued over the past several years, and came down substantially in 2014. I think the trend is pretty robust.”

Reporters then remarked that although a decline has been seen, prevalence still remains high. Dr. Hu replied, “The prevalence remains very high. That’s the reason it’s really too early to celebrate. We are still facing a diabetes epidemic and a major public health challenge in the U.S. and globally in terms of diabetes. Right now, almost 29 million people in the U.S. have diagnosed and undiagnosed diabetes. So that’s a huge number. And that large number of diabetes patients will have major implications for health care costs and impose a large burden on the health care system.”

In regards to the relationship between diabetes rates and obesity rates, Dr. Hu said, “Obesity and type 2 diabetes go hand in hand. That is the reason we have this new terminology called ‘diabesity.’ Obesity is the single most important risk factor for diabetes and the recent increase in diabetes in the U.S. and globally is largely due to rising obesity.”

Although the numbers suggest that there is a decline in diabetes rates, there is still much more we can do in order to truly put a large dent in growing cases of diabetes. Lifestyle factors play a huge role in the onset of diabetes, so ensuring you eat well, maintain a healthy weight and exercise can improve your odds against developing diabetes.